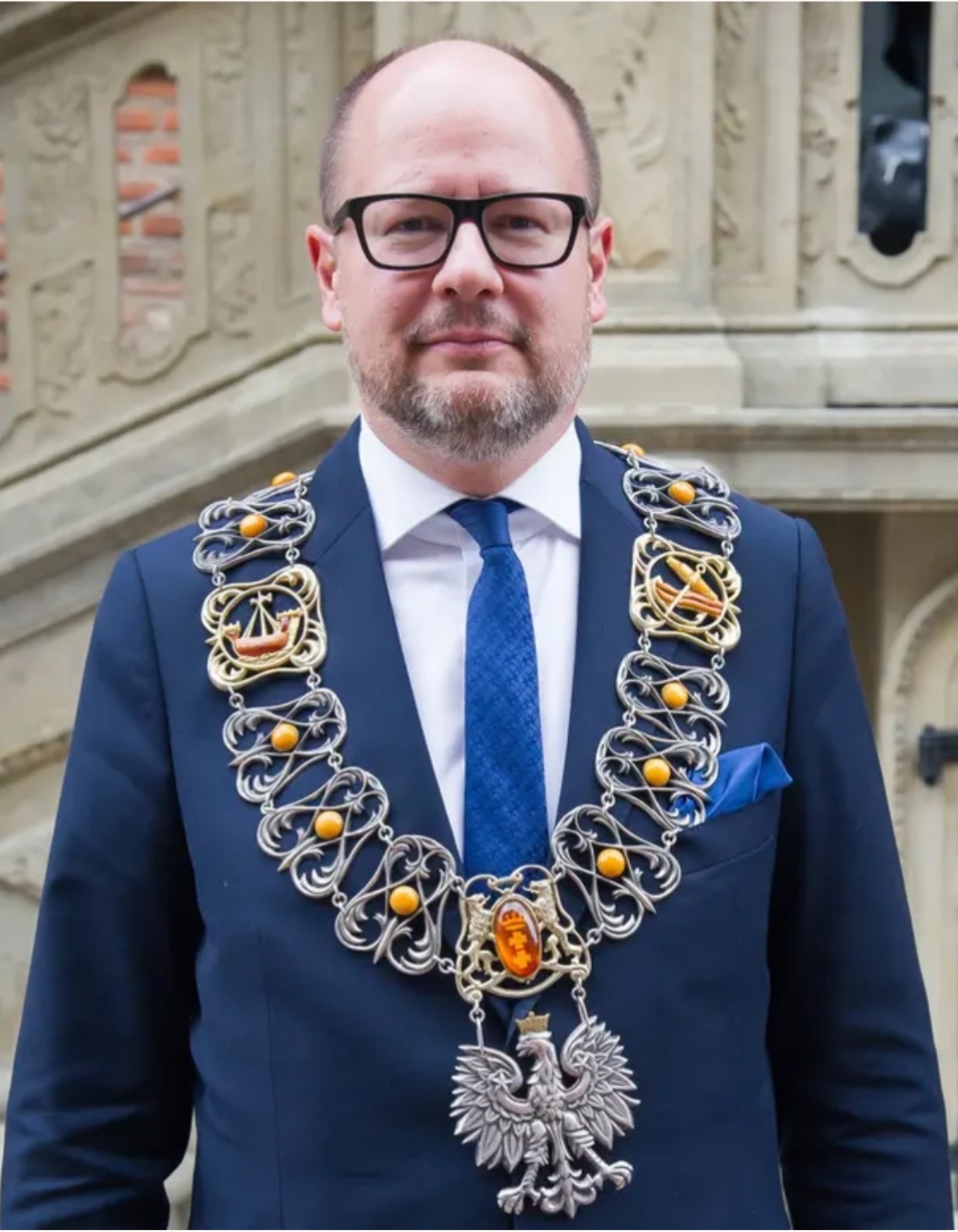 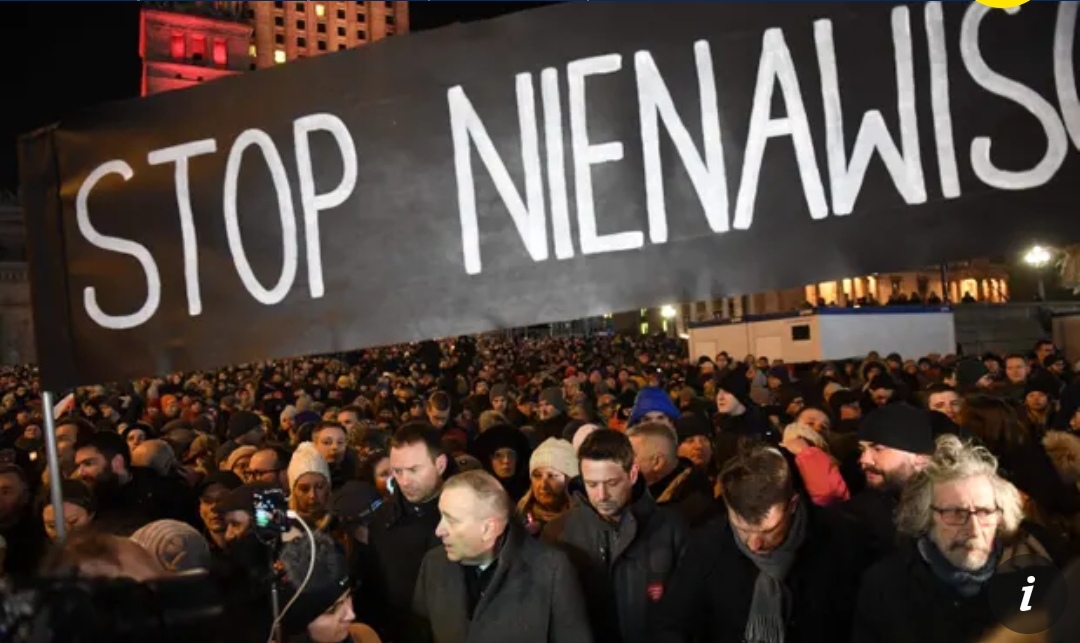 What happened to Paweł Adamowicz isn’t just a Polish problem – wherever toxic public debate is indulged, violent acts may be committed

The death of Paweł Adamowicz, the popular liberal mayor of Gdańsk, has sent shockwaves across Poland and elsewhere in Europe.

Silent marches have been held in Warsaw, Gdańsk and other cities to pay tribute to him – and tens of thousands of Poles participated. Saturday, the day of his burial, will be a day of national mourning.

The alleged assailant, a 27-year-old man from Gdańsk, was released from prison last month, it emerged on Monday. After the stabbing, the assailant told the crowd he blamed Adamowicz’s former political party Civic Platform for his jailing in 2014 for a series of violent attacks.

Beyond the specifics of the crime, Adamowicz’s death will likely bring further polarisation in a country already torn apart by years of reckless political bickering.

In Poland there has also been heated debate as to whether there is any analogy between this traumatic event and the 1922 assassination of Gabriel Narutowicz, the first president of the independent Polish Republic. Narutowicz was shot at the opening of an art exhibition in Warsaw, following a fierce antisemitic campaign run by nationalists. That tragedy proved to be a lasting burden on Polish political culture.

Adamowicz was 53 years old, and had been mayor for more than 20 years. He was widely seen as the father of Gdańsk’s spectacular transformation into an open, modern and prosperous metropolis. Under his leadership the city became a laboratory of innovative forms of civic participation. As a liberal and European he did not hesitate to declare Gdańsk as a city open to refugees – against the dominating mood in the country. He was one of the key political figures of the liberal opposition against the populist Law and Justice party voted into national government in 2015.

His death is a human tragedy and a political earthquake. Political discourse in Poland has for years been shaped by the battle between the opposing rightwing Law and Justice party and the liberal Civic Platform. This includes conspiracy theories about the 2010 Smolensk plane crash as well as the dismantling of rule of law by the current government.

Historical reminiscences are natural but also misleading. In 1922 Narutowicz was killed after days of street riots aimed at preventing him taking office. A ruthless campaign by the nationalist party depicted him as a candidate of “the Jews” and a “disgrace” to Poland. And his assailant was a political radical. Polarisation in today’s Poland has not – yet – come so far. We may never know what exactly led to this particular crime – psychiatric problems, personal grievances, or political factors.

But extremists such as Anders Breivik in Norway, Eligiusz Niewiadomski (who shot Narutowicz), or the assassin of Jo Cox, may have been drawn to acts of violence by conspiracy theories, polarised debates and radical ideologies.

There is little doubt that any attempt to bridge the Polish divide will be doomed to fail if it stops short of addressing the backdrop to this tragedy. Public debate in Poland is filled with toxic content – spread so actively by the ruling party that it makes it impossible to speak of any kind of balance. State television has been turned into an instrument of brutal propaganda, spewing out hate speech and xenophobia on a daily basis.

Just three days before the murder in Gdańsk, an antisemitic satire was broadcast on prime-time TV. In it, the charity organisation whose event Adamowicz was planning to speak at – and where he would be stabbed – was cast as something dubious, run by opaque forces. This well-known charity event raises money to help sick children but it’s long been under attack from rightwing media and those in the ruling party, making the ridiculous claim that it promotes low or decadent morality.

Adamowicz himself had been the target of numerous verbal attacks, including when government officials suggested he was serving German, not Polish, interests. In 2017 a nationalist youth organisation published a fake “public death certificate” of Adamowicz and other city mayors who had welcomed refugees. The public prosecutor’s office controlled directly by the minister of justice chose not to react – as in many other cases of hate speech.

Hatred, contempt and intolerance, if stirred up, promoted or even just passively accepted by political elites and the media, can and does lead to violent acts and terrifying results. It will happen, sooner or later. The murder of Adamowicz may have been influenced by what we all were exposed to for years – this suspicion is by no means far-fetched. No amount of condolences and days of national mourning will be able to erase that fact.

Calls for silence and moderation have poured in from all sides, as tributes are paid to Adamowicz. But silence is not an answer to this tragedy. There will be no relief, no reconciliation and no hope of fixing our national politics if we don’t come to grips with what this frightful event says about the state of our country.

Can we go back to normal after this? It would surely require a degree of self-restraint on behalf of the liberal opposition and an especially large dose of self-criticism from the Law and Justice government and its supporters. But these actions are in short supply at the moment – and unlikely when the European Union and Poland are both heading towards elections this year. Accusations from both sides and hate speech in the government-controlled TV did not stop after the tragedy.

Europeans everywhere should take note: what happened in Gdańsk isn’t just a Polish problem. We are all sitting in a room filling up with toxic fumes – all over Europe. We need to act before someone enters it and lights a match.