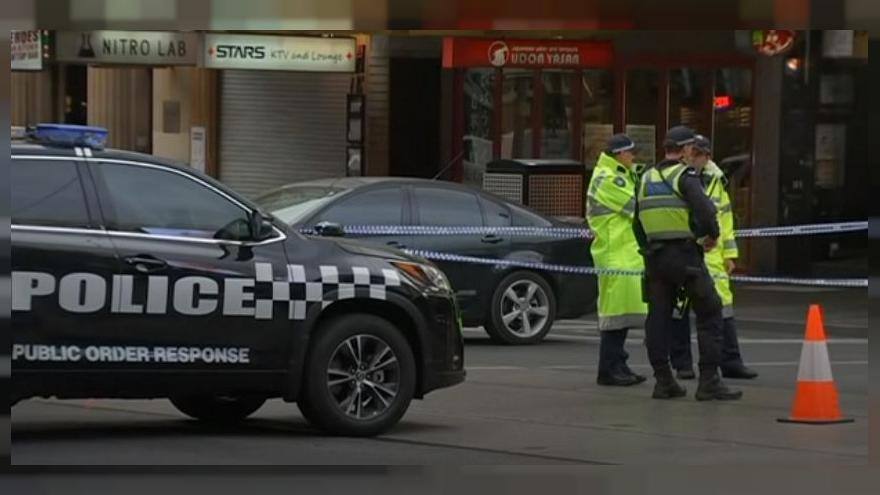 IS claims responsibility for deadly ‘terrorism’ attack in Melbourne

Posted By: Editorial Teamon: November 09, 2018In: NewsNo Comments
Print Email
Several people have been stabbed in Melbourne in an incident that is being treated as a terror attack, according to Graham Ashton of the Victoria police.

The incident, which brought central Melbourne to a standstill in the late afternoon rush, came after police responded to reports of a burning vehicle.

Officers were confronted near the burning car by a man “brandishing a knife and threatening them” while passers-by called out that people had been stabbed, Victoria state police Superintendent David Clayton said.

One of the stabbed people was dead at the scene and two others were taken to a hospital.

Clayton said investigators did not believe there were any other assailants. The man, who was shot in the chest by police has died in hospital, police have said.

Instagram user nohsoohyun86 uploaded this shocking video of the incident.

Merclesden Apples Cider Trails (@merclesden) on Instagram recorded the following video of the flames from the assailant’s car.The user, Fletcher Farrington, told Euronews he “didn’t realise the extent of the incident at the time.” He was standing standing at a tram stop about 30 metres away and “was looking at car then saw it explode and someone get out. The car started to roll down the road and people started to run towards me.” Farrington then moved to a safe distance.