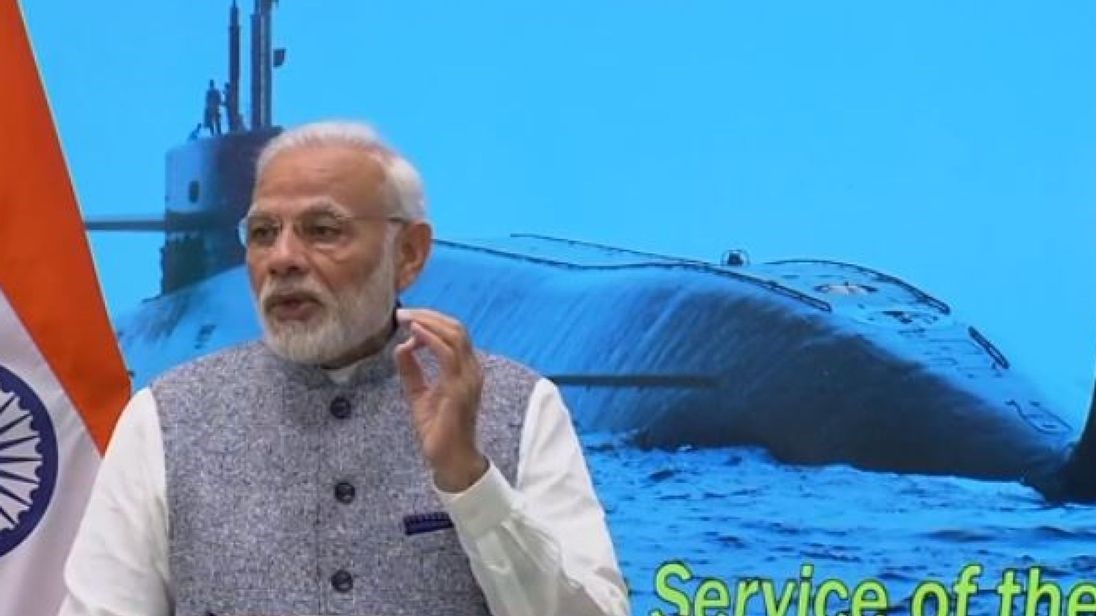 Indian prime minister Narendra Modi says the first successful voyage by its home-built nuclear submarine is a “warning for the country’s enemies”.

The INS Arihant recently completed a month-long “deterrence patrol”, meaning India now has its long-desired ‘nuclear triad’, or the capability to fire nuclear weapons from land, air and sea.

Mr Modi, a Hindu nationalist, tweeted it was a “fitting response to those who indulge in nuclear blackmail”.

“Amid an increase in the number of nuclear weapons in our surroundings, a credible nuclear deterrence is extremely important for our country’s security,” he told the crew of the submarine in a speech televised nationwide.

“Arihant is an open warning for the country’s enemies, for the foes of peace: don’t try any misadventure against India,” he added.

Dhanteras gets even more special!

I congratulate all those involved, especially the crew of INS Arihant for this accomplishment, which will always be remembered in our history.

His words are a thinly-veiled reference to India’s nuclear-armed neighbours, China to its north and its traditional enemy, Pakistan, to the west.

The country’s often volatile relations with Pakistan have cooled even further since Mr Modi took office in 2017 and adopted a more assertive strategy towards its arch rival.

While ties with China are improving, especially in the area of trade, Beijing has been ratcheting up tensions in the Indian Ocean Rim.

The superpower has deployed at least eight submarines, either nuclear or conventional, in the area since 2013, calling them anti-piracy patrols, The Times of India reports.

The INS Arihant, which was commissioned in 2016, is the first of five nuclear missile submarines India is planning to build.

First launched in 2009, the INS Arihant’s atomic reactor was activated four years later and has since undergone extensive sea trials before being inducted in the Indian Navy in 2016.

India, which has a policy of not using nuclear weapons first, conducted its last nuclear tests 20 years ago.