Latest News
Home Economy France has one of the lowest retirement ages in the world. And that’s a big headache for Macron 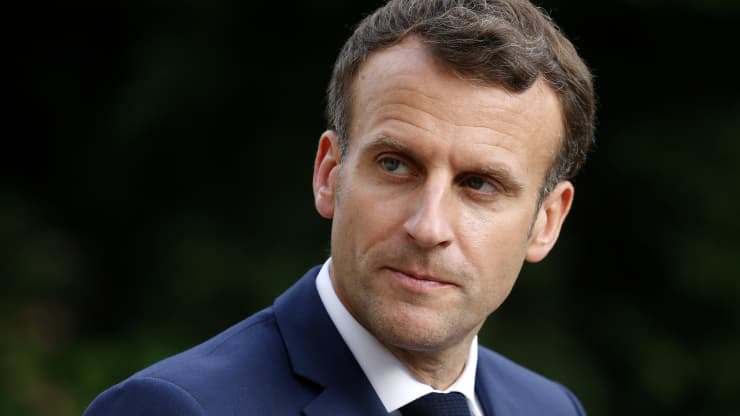 LONDON — A thorny issue for many years, France’s pension system is back in the spotlight as President Emmanuel Macron prepares his final grand act before new elections in April.

Macron had plans to change France’s pension system, where workers can retire at 62, before the coronavirus pandemic hit. However, he was forced to put his plans on hold to deal with the health and subsequent economic crises.

With less than a year to go before French voters head to the polls, Macron is considering reviving his plans and make good on his 2017 promise to reform the pension system, albeit in a different format.

Speaking in June, Macron said: “I do not think that the reform as it was originally envisaged can go ahead as such,” according to Reuters.

In its pre-Covid format, the pension reform included raising the retirement age from 62 to 64 and creating a universal points-based system that would replace the dozens of sector-specific regimes that are currently in place, which mean that some workers can retire earlier than others.

It is yet unclear how and when Macron will choose to change the pension system. However, he met with leaders of trade unions on Tuesday to discuss the “demographic challenge,” according to statement issued by his team, and is expected to present his ideas in the coming days.

The main trade unions in France are reportedly against changing the pensions system in the coming months.

By pushing his pension reform plan, Macron will try “to overcome the inertia and appear as someone who can solve important structural problems, appease an important part of his electorate on the right, in particular retirees, (and) to undermine a potential rival from (the centre-right party) Les Republicains and secure re-election,” Tomasz Michalski, an economics professor at H.E.C. Paris business school, told CNBC via email.

Current opinion polls project Macron’s re-election in 2022, after facing off with the far-right Marine Le Pen in the second round of the presidential election. However, recent regional elections, where abstentions were at record highs, showed strong support for the center-right party Les Republicains.

This party could now challenge for some of the votes that Macron would usually receive, at least in the first round of the election.

Jessica Hinds, an economist at Capital Economics, told CNBC that changing the pension system could be “quite a gamble” for Macron.

“It would allow Macron to claim he had followed through on his 2017 promise and also could allow him to steal a march on rivals from the centre-right, but the reform was also politically unpopular before the pandemic and is even more so now with a recent survey showing that 60% of voters opposed such a move before next year’s election,” she said via email.

The debate over pension reform is particularly tricky.

As Michalski explains, it pits different groups against others, namely blue-collar, low-paid service workers or public sector workers on one side, versus private sector, white-collar workers and retirees.

The issue has sparked strikes across the country, including in early 2020.

“I think we have to push back [the] retirement age. We cannot have a situation where our German, Dutch, Finnish neighbors with whom we borrowed together through the European Loan Program, which we’ve just put in place, they’re retiring [at] 67, and we can’t continue to have people leaving at 62,” Ross McInnes, chairman of the defense and aerospace firm Safran, told CNBC’s Charlotte Reed on Sunday.

“The baby boomers have been indebting, putting debt which will have to be paid by younger generations. That is unfair, and it’s economically inefficient, and it must be stopped. The only way we can do that is push out the retirement age to 64 or 65, and that will help us balance the books,” he added.

One way or another, and sooner or later, changing the pension system will be inevitable, according to experts.

“Ultimately, though, demographic pressures mean that France’s costly pensions system will need reforming sooner or later. So even if Macron holds off this time, the issue will not go away,” Hinds said.

Are you already an investor in Vanuatu?  Do you need help with those pesky tasks that pile up?  Registration procedures done at https://tradeboard.biz.  Inquire with Trade Board Limited.