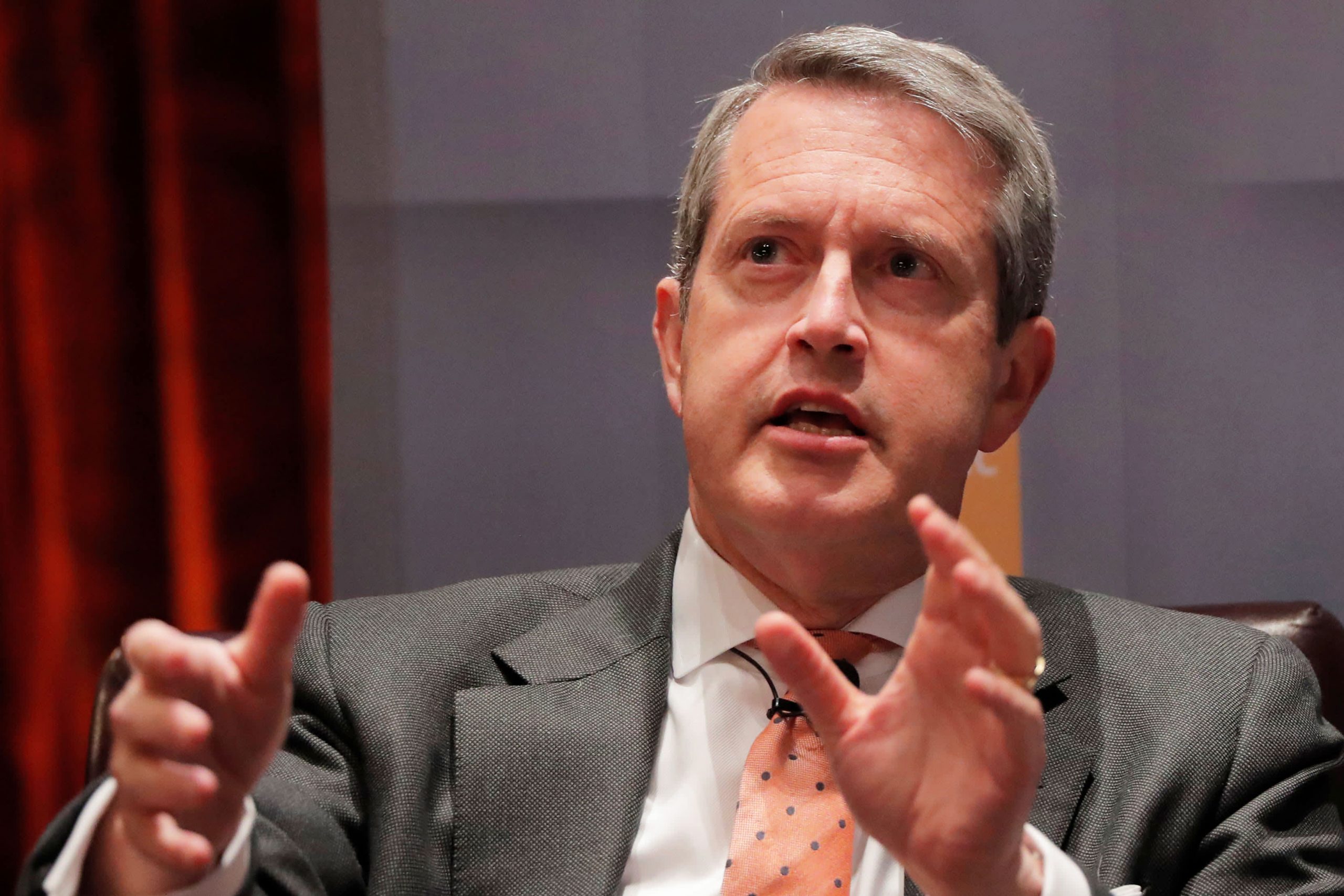 The Federal Reserve announced Thursday that the biggest U.S. banks could easily withstand a severe recession, a milestone for the once-beleaguered industry.

The Fed, in releasing the results of its annual stress test, said all 23 institutions in the 2021 exam remained “well above” minimum required capital levels during a hypothetical economic downturn. Bank shares popped after the release; the KBW Bank Index rose 1.5% at 5 p.m.

That scenario included a “severe global recession” that hits commercial real estate and corporate debt holders and peaks at 10.8% unemployment and a 55% drop in the stock market, the central bank said. While the industry would post $474 billion in losses, loss-cushioning capital would still be more than double the minimum required levels, the Fed said.

If there was an anticlimactic note to this year’s stress test, it’s because the industry underwent a real-life version in the past year when the coronavirus pandemic struck, leading to widespread economic disruption. Thanks to help from lawmakers and the Fed itself, banks fared extremely well during the crisis, stockpiling capital for expected loan losses that mostly didn’t materialize.

Nevertheless, during the pandemic, banks had to undergo extra rounds of stress tests and had restrictions imposed on their ability to return capital to shareholders in the form of dividends and buybacks. Those will now be lifted, as the Fed has previously stated.

“Over the past year, the Federal Reserve has run three stress tests with several different hypothetical recessions and all have confirmed that the banking system is strongly positioned to support the ongoing recovery,” Vice Chair for Supervision Randal K. Quarles said in a statement.

Following the passage of this latest exam, the industry will regain a measure of autonomy it lost since the last crisis. After playing a key role in the 2008 financial crisis, banks were forced to undergo the industry exam, and had to ask regulators for permission to boost dividends and repurchase shares.

Now, under something called the stress capital buffer framework, banks will gain flexibility in how they want to dole out dividends and buybacks. The stress capital buffer is a measure of capital each firm needs to carry based on the riskiness of their operations. The new regime was supposed to start last year, but the pandemic intervened.

“So long as they stay above that stress capital buffer requirement and all their other requirements every quarter, a bank can technically do whatever it chooses to do with regards to buybacks and dividends,” Jefferies bank analyst Ken Usdin told CNBC this week.

During a background call with reporters, senior Fed officials pushed back against the idea that the new regime resulted in a free-for-all. Banks are still subject to restrictions, and the Fed is confident that the stress capital buffer framework will protect their ability to support the economy during a downturn, they said.

While analysts have said they expect the industry can hike buybacks and dividends by tens of billions of dollars starting in July, the Fed has instructed lenders to wait until Monday afternoon to disclose their plans, according to people with knowledge of the situation. That’s when a flurry of press releases is expected.

Do you want to learn more about Vanuatu itself?  Its laws and policies and any applicable regulations (though there are few of those?)  We can help.  We are Trade Board Limited and can tell you all you need to know.  Go to https://tradeboard.biz.