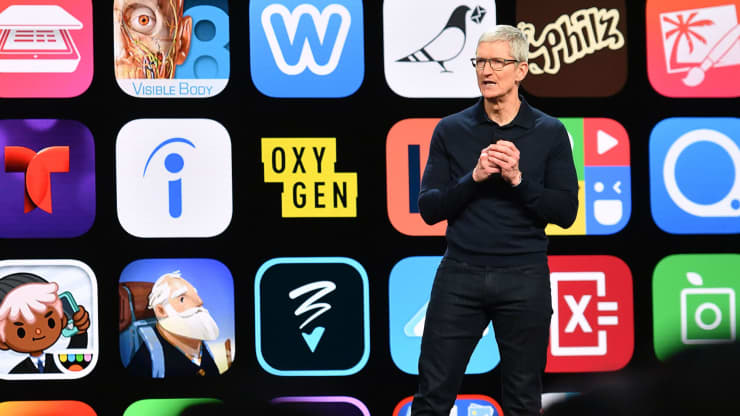 Apple said Tuesday it rejected almost 1 million apps that were submitted to its App Store for the first time in 2020.

The announcement is the latest sign that Apple is becoming more transparent about how it approves and rejects iPhone apps in response to scrutiny including a lawsuit from Epic Games and regulatory attention from lawmakers.

Apple argues that by having a system where the company approves each of the 1.8 million apps on the store and their updates, checking the apps against a lengthy list of App Store rules, it can keep iPhone users safe from scams, malware, and poor-quality user experiences.

Apple offered a number of statistics about its app rejection process in 2020.

In addition, Apple said that last month, it rejected 3.2 million installations of apps that use an enterprise certificate, which is a way to evade the App Store with a tool that big companies use to install internal-use apps on company iPhones.

The disclosure comes as Epic Games’ antitrust case against Apple has focused on App Store’s failures. The maker of Fortnite is seeking to force Apple to let it offer its own app store for iPhones and bypass Apple’s 30% App Store fee for in-app purchases.

Epic’s lawyers have argued that Apple’s App Store is a “walled garden” that hampers competing software makers and that Apple’s rules are applied unevenly to different developers.

Epic also said Apple’s process is imperfect, sometimes allowing malicious software to be approved for the store, and that Apple’s own employees sometimes say its process is not good enough to prevent fraud. In the trial, Epic Games questioned Apple senior director Trystan Kosmynka, who runs Apple’s App Review department, and got him to concede that Apple does make mistakes on some apps it approves or rejects.

Apple said in a slide deck presented in the trial that it has used a combination of 500 human reviewers and automated checks to review roughly 5 million apps per year, including updates, between 2017 and 2019, with rejection rates ranging from 33% to 36%. Apple employees argued at the trial that the number of mistakes it makes is tiny in comparison with the scale of its App Store.

Apple has defended the App Store as an essential and indivisible part of its business, saying it’s the only way for consumers to install software on an iPhone.

Last week, an Apple lawyer argued that allowing users to install software from outside the App Store, as Android does, would create security risks and that Apple does not want to be Android.