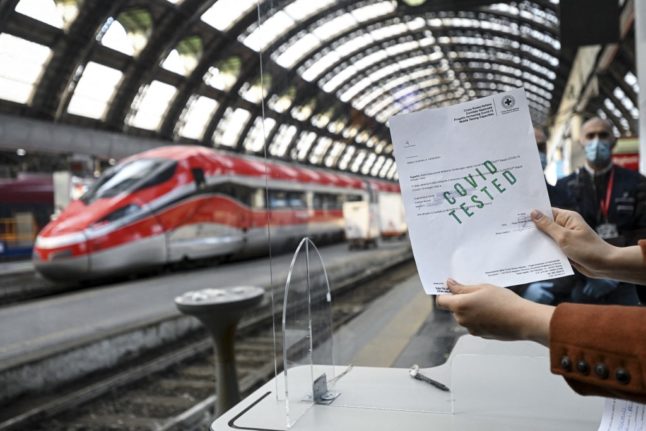 Posted By: Editorial Teamon: May 06, 2021In: NewsNo Comments
Print Email

“It is valid for everyone, also and above all for tourists from outside the EU”, Garavaglia told news channel Sky TG24, answering a question about the Italian travel pass announced on Tuesday by Prime Minister Mario Draghi.

“All you need is a simple piece of paper certifying that you respect the rules,” and proof that either “you’re vaccinated, you’re immune because you’ve had the disease, or you have had a negative test,” he said, without giving further details.

There was confusion about what the pass would require and who could use it after Draghi announced on Tuesday that the scheme would be launched from mid-May.

Garavaglia insisted however that Draghi’s announcement “was very clear”.

Italy’s travel pass will be launched a month before the country plans to adopt the EU-wide version, Draghi said.

The Italian announcement followed the European Commission’s suggestion last week that countries should open borders to vaccinated non-EU travellers, although the final decision is down to each individual member state.

Italy has until now been hesitant to announce firm dates for relaxing restrictions amid a still-high infection rate in Italy and a relatively slow vaccine rollout.

The Italian tourism industry, worth around 13 percent of GDP before the pandemic hit, is one of the sectors worst-hit by the coronavirus crisis.

Garavaglia noted that the UK and US markets together account for some 30% of foreign tourism in Italy, and that these were among the highest-spending tourists.

“The world wants to travel to Italy, the pandemic has forced us to close, but Italy is ready to welcome back the world,” Draghi said on Tuesday.

“It’s time to book your holiday in Italy, we can’t wait to welcome you again,” he urged.

The rules on travel to Italy from the US, UK and other countries from mid-May however will also depend on those countries’ governments.

The US currently has a Level 4 ‘Do not travel’ warning in place for Italy, while the UK is set to announce whether Italy will be on its ‘green list’ allowing quarantine-free travel from May 17th.