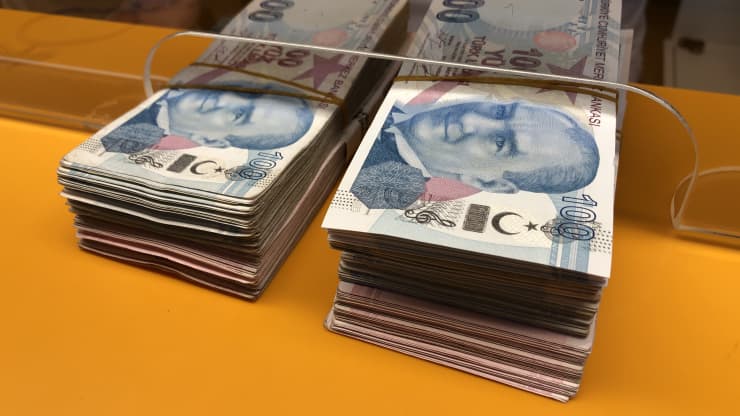 Turkey’s Monetary Policy Committee on Thursday chose to keep its key interest rate unchanged at 19%, in a move widely anticipated by markets.

While unsurprising to investors watching the central bank, the dovish signal nonetheless risks more volatility for the country’s currency as it all but eviscerates the likelihood of higher rates in the future to curb Turkey’s double-digit inflation.

“We think that the removal of the tightening bias against rising inflation expectations suggests that the TCMB (Turkish Central Bank) now has a more dovish reaction function,” Goldman Sachs wrote in a note Thursday, highlighting the fact that the bank crucially removed its bias toward tightening interest rates from its press release.

“Hence, we see higher risks of a premature rate cut or easing through increased lending,” Goldman said, though the investment bank does not see the country having the room to cut interest rates any further until the fourth quarter of this year.

Turkey’s lira has lost significant value in the last 12 months, with locals less able to afford goods and imports more expensive as a result of what analysts describe as Turkish President Recep Tayyip Erdogan’s stubborn refusal to raise rates, as well as shrinking foreign exchange reserves and a widening current account deficit. Contrary to common economic thinking, Erdogan believes interest rates are “evil” and cause inflation, rather than the other way around.

The dollar has gained more than 8% on the lira year-to-date. Inflation in Turkey is currently at 15%.

The Turkish lira plunged some 16% in one day on March 22 after Erdogan sacked former central bank chief Naci Agbal, who had raised interest rates significantly during his less than five months in the job — something most investors agreed was necessary to cool Turkey’s frothy inflation.

Erdogan replaced him with Sahap Kavcioglu, now the fourth central banker chief in two years, who is believed to be more pliable to Ergodan’s demands and tendency to pull politics into monetary policy.

“Inflation is rising, the current account is widening, and reserves are falling,” he wrote in a note Thursday. “How can the CBRT cut without sacrificing the lira?”

Goldman Sachs sees inflation rising toward 18% year-on-year in April and foresees the country’s current account deficit widening. “A premature rate cut under these conditions could lead to renewed lira volatility, which we think will be the main constraint to how early the TCMB eases,” the bank wrote.