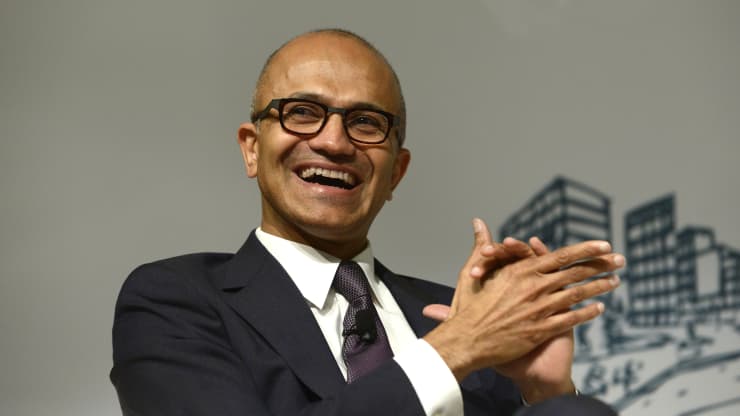 Twenty years ago, the United States government filed suit against Microsoft for abusing its market power. Today, Microsoft is empire building because the country’s regulatory focus is on its biggest rivals.

Microsoft announced Monday it had acquired Nuance Communications for $16 billion ($19.7 billion including net debt). The deal gives Microsoft a company that specializes in voice transcription and related artificial intelligence software. Nuance has a particular niche in health care, providing software to digitize conversations from doctor’s visits and facilitate clinical documentation.

The acquisition comes about a month after Microsoft closed its $7.6 billion deal for ZeniMax, the parent company of video game publisher Bethesda. That transaction is meant to boost Microsoft’s Xbox against growing video gaming competition. Microsoft has also been in talks to acquire Discord, a voice, text and video-chatting platform for games, for more than $10 billion. Those discussions have happened concurrently to the Nuance transaction discussions, which started in December, according to a person familiar with the matter.

Microsoft’s recent deal talks don’t stop there. The company nearly acquired TikTok’s U.S., Canadian, Australian and New Zealand operations last year in a deal that was being discussed in the $20 billion to $30 billion range. Microsoft has also recently approached Pinterest to gauge their interest in selling, according to a Financial Times report in February. Pinterest has a market capitalization of more than $51 billion.

Spending tens of billions on acquisitions is starkly different from the strategies of the world’s other technology super giants — Apple, Amazon, Google and Facebook. It also just so happens that Congressional Democrats and government agencies including the DoJ and FTC have taken a close look at whether Apple, Amazon, Google and Facebook have abused their market power, and are considering separating their businesses or unraveling previous large acquisitions.

Other than Microsoft, Amazon is the only member of the big five that has spent more than $5 billion on an acquisition in the last five years, buying grocery foods chain Whole Foods for more than $13 billion in 2017.

Nuance is Microsoft’s fourth such takeover.

Not ‘some aggregation play’

Apple, Amazon, Google and Facebook, well aware they’re under regulatory fire, are all proceeding cautiously with larger acquisitions, according to people familiar with the matter. A major purchase for any of them would almost certainly draw political attention, especially as their market capitalizations have ballooned during the pandemic. It’s possible a big M&A transaction would become the catalyst for more draconian actions, such as a company breakup or forced divestitures.

But Microsoft has avoided the same level of scrutiny. That eliminates bidding wars and makes Microsoft the current buyer of choice — a role it likely wouldn’t have played five years ago.

This dynamic popped up during last year’s TikTok discussions, when Google felt it couldn’t lead a deal for the U.S. assets because of its regulatory positioning.

CEO Satya Nadella alluded to why he thinks the government has treated Microsoft — a company with a $1.9 trillion market valuation — differently in an interview with CNBC.

“Our job is to provide technology so that [doctors and providers] can keep all of the data secure,” Nadella said, speaking specifically about Nuance.

“This is not about some aggregation play. This is about pure platform providers. That makes Microsoft very distinct in how we approach most of what we do.”

In other words, Nadella is making the argument that Microsoft is agnostically providing technology while competitors are using consumer data in potentially harmful or monopolistic ways.

Microsoft shareholders will ultimately have to decide how much empire building they’re comfortable with. Nadella has turned the company around with his focus on enterprise technology. Nuance fits the focus. Other targets are further afield. But, as Wedbush analyst Dan Ives wrote in a note to clients, “clearly, Redmond is on the ‘offensive’ around M&A with the company in a clear position of strength.”