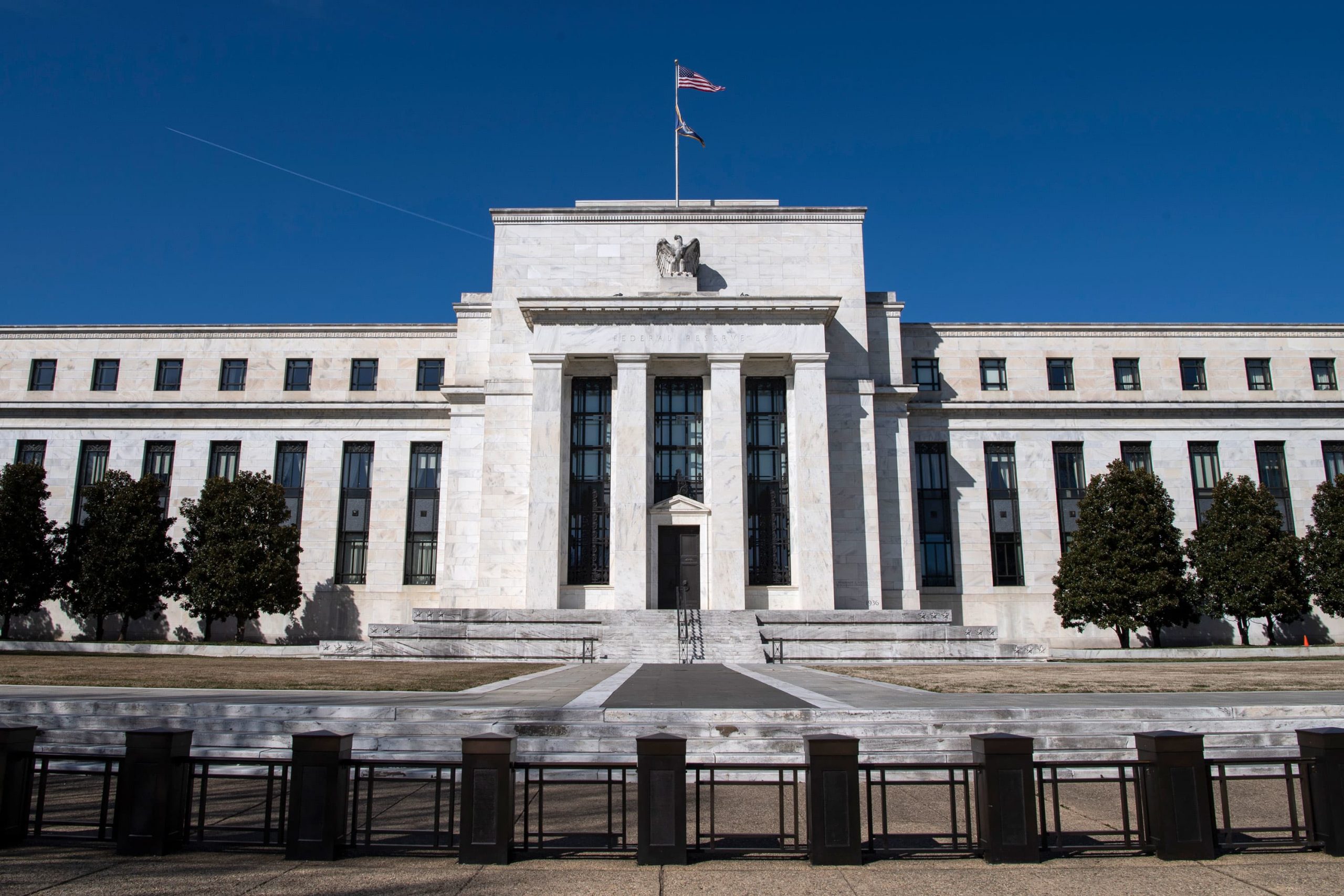 Federal Reserve officials indicated at their last meeting that easy policy will stay in place until it produces stronger employment and inflation, and won’t be adjusted based merely on forecasts.

The Federal Open Market Committee on Wednesday released minutes from the March 16-17 meeting as investors looked for indications about where policy may be heading in the future.

The meeting summary indicated that while officials saw the economy gaining substantially, they see much more progress needed before ultra-easy policy changes.

Members said the $120 billion a month in bond purchases “were providing substantial support to the economy.”

“Participants noted that it would likely be some time until substantial further progress toward the Committee’s maximum-employment and price-stability goals would be realized and that, consistent with the Committee’s outcome-based guidance, asset purchases would continue at least at the current pace until then.”

The adherence to “outcome-based guidance” is a pledged that the Fed will wait until the economy shows “substantial further progress” toward the dual goals of full employment and inflation that runs around 2%.

The guidance is a shift in policy for the Fed, in which it previously would adjust policy in anticipation of inflation. The minutes said that members agreed changes in policy “should be based primarily on observed outcomes rather than forecasts.”

Markets reacted little to the news, though some questioned whether the Fed needs to continue its historically accommodative policy stance.

While the policy was adopted to deal with the uncertainty of the Covid-19 crisis, continued economic gains and progress in fighting the pandemic through vaccines makes it “difficult to understand how policy is properly calibrated now,” wrote Bob Miller, head of Americas fundamental fixed income for asset management giant BlackRock. “The same emergency stance remains despite the absence of emergency conditions.”

At the meeting, the Fed’s policymaking arm voted to keep short-term borrowing rates anchored near zero and to continue buying at least $120 billion in bonds each months.

The market will get plenty of notice before the committee makes any changes, the minutes said.

“A number of participants highlighted the importance of the Committee clearly communicating its assessment of progress toward its longer-run goals well in advance of the time when it could be judged substantial enough to warrant a change in the pace of asset purchases,” the summary said. “The timing of such communications would depend on the evolution of the economy and the pace of progress toward the Committee’s goals.”

In addition, the committee raised its outlook for economic growth and inflation ahead. The median outlook for GDP in 2021 went to 6.5%, a big upgrade from the 4.2% expectation in the December projections.

Officials also indicated that the unemployment rate could fall to 4.5% by the end of the year and inflation could run to 2.2%, slightly above the Fed’s traditional 2% target.

Though inflation shows up 64 times in the minutes, Fed officials indicated little concern that it might become a problem anytime soon. One notion in the minutes said that inflation forecasts were right around where FOMC members expected.

During a meeting with the media a few hours before the minutes were released, Chicago Fed President Charles Evans said it would take “months and months” of higher inflation “before I’m even going to have an opinion on whether this is sustainable or not.”

Heading into the March FOMC meeting, some market experts had been expecting the Fed might at least alter the duration of the bonds it has been buying to tamp down a sharp rise this year in longer-dated Treasury yields.

However, Chairman Jerome Powell and other central bank leaders have said they view the rise in rates as a reflection of stronger growth expectations rather than uncomfortable inflation pressure.