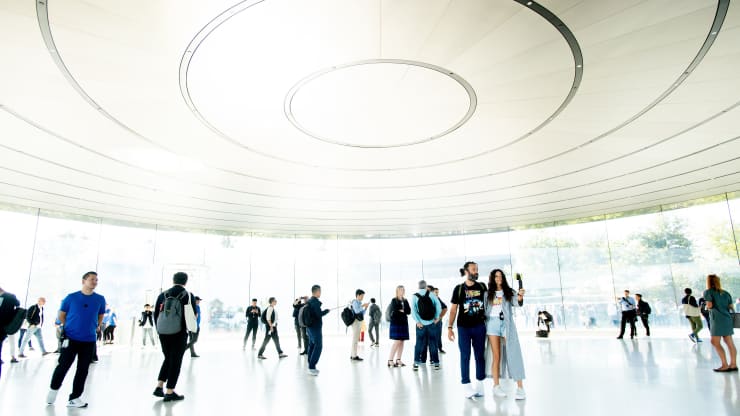 Apple sued a former employee in federal court in California on Thursday, alleging that Simon Lancaster, who worked as a product design architect, passed trade secrets to a member of the media, and asked for favorable coverage of companies he was involved with in return.

In its lawsuit, Apple did not name the media correspondent nor the details that Lancaster allegedly leaked.

The lawsuit highlights Apple’s approach to building products in complete secrecy. While all technology firms closely guard intellectual property, Apple’s culture deeply emphasizes it and the company has developed a need-to-know system called “disclosure” where often employees on a project don’t have knowledge of other parts of the project to prevent leaks.

According to the suit, a reporter reached out to Lancaster in 2018 and the two communicated over the next year before Lancaster left Apple in November 2019. During that time, Lancaster provided the reporter with information about unreleased products, including internal documents, according to the lawsuit. At one point, Lancaster told another contact that the reporter would cover a company he was involved with if it secured $1 million in funding.

In November 2019, Arris Composites announced that it had hired Lancaster.

Apple considers details about unreleased products to be important trade secrets because a core part of the company’s marketing is aimed at creating “surprise and delight” when new products are revealed at closely choreographed launch events.

The lawsuit gives a peek into the secrecy conditions in which Apple designers and engineers produce new products:

Some takeaways from the lawsuit:

“Tens of thousands of Apple employees work tirelessly every day on new products, services and features in the hopes of delighting our customers and empowering them to change the world. Stealing ideas and confidential information undermines their efforts, hurting Apple and our customers,” an Apple spokesperson said in a statement. “We take very seriously this individual’s deliberate theft of our trade secrets, violation of our ethics and our policies, all for personal gain. We will do all we can to protect the innovations we hold so dear.”

Messages sent to Lancaster and a representative for Arris Composites asking for comment were not immediately returned.