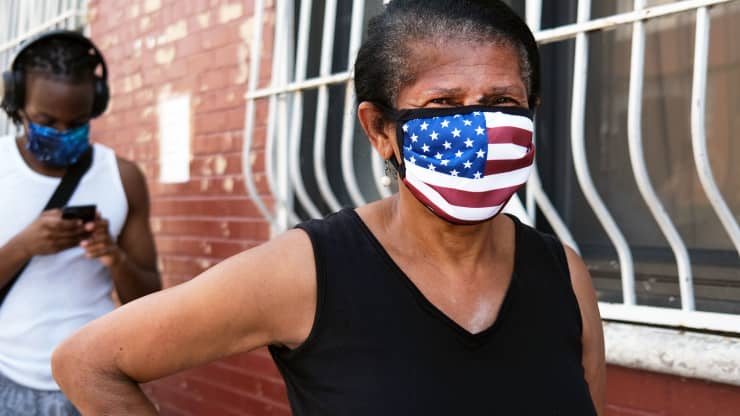 Friday’s employment report pointed to further signs of a recovery in the U.S. economy, with 379,000 net jobs added and the unemployment rate falling to 6.2%.

But despite the encouraging top-line numbers, the job-market’s 2020 swoon and its 2021 recovery have not fallen equally across the U.S. labor force.

For white workers, the unemployment rate fell to 5.6% in February, below the national rate. But for Black and Hispanic workers, reported jobless rates were 9.9% and 8.5%, respectively, remaining above the U.S. figures as they have been throughout the Covid-19 pandemic.

But as stark as the race- and ethnicity-based disparities are, the recession’s unequal impact is more pronounced in analysis that includes race and gender.

Black and Hispanic women, in particular, have suffered some of the steepest spikes in unemployment and largest drops in labor force participation rate since the pandemic began.

Though explanations for this trend vary, some economists suggest occupational segregation — that is, prevalence of a demographic in a given industry — is a likely culprit.

“Whoever was hit the hardest takes the longest to recover,” said Kate Bahn, an economist at the Washington Center for Equitable Growth, a think tank founded by Democratic political consultant John Podesta. “Once we are long into the recovery, employment levels and income levels may not fully recover for years.”

Economists hope that President Joe Biden’s $1.9 trillion stimulus package, expected to pass the Senate this weekend, will not only hasten the broad economic recovery but assist those who saw their jobs cut. The bill contains $1,400 stimulus checks, an extension of weekly unemployment payouts of $300 to September and $350 billion in aid to state to local governments.

Janelle Jones, the first Black woman to be chief Labor economist, wrote last month that this trend is also apparent in the public sector, which saw steep layoffs at the state and local levels over the past 12 months.

“Losses in local and state government and leisure and hospitality have disproportionate impacts on Black women’s employment. Black women are nearly one in four public sector workers,” Jones wrote in a blog post dated Feb. 9. “Half a million Black women have left the labor market since January 2020.”

Breaking the February jobs report down by industry, a surge in hiring at restaurants and bars helped lead the broader hospitality sector up 355,000 jobs last month. Those gains help offset the losses it’s accrued over the last 12 months. Leisure and hospitality as a whole is is down 3.5 million jobs, or 20%, versus February 2020.

While high unemployment rates tend to garner attention and are perhaps easier to understand, a significant drop in the number of women either working or seeking work can prove more insidious in the longer term.

Labor force participation for Black women plunged from 63.9% in February 2020 to 59.5% in April 2020, the lowest rate since 1993. The February jobs report showed that figure had improved slightly since April to 59.7%.

Historically, women who dropped out of the workforce during a recession to care for their kids often struggled to return, being unable to find a job in their prior role or draw the same wage.

The Covid recession might end up even worse for women. Unlike prior economic downturns, the disease forced thousands of children out of school and back into the home, where the duties of childcare continue to more often fall on women. And especially on mothers in families that cannot afford childcare.

Historically, Black women have fared better than Black men in the labor market, said Kristen Broady, a fellow in economics studies at the Brookings Institution and policy director of the think tank’s Hamilton Project.

Unemployment rates for Black women, who Broady said are more likely to have a college education, are typically lower than those for Black men. But the unique nature of the Covid recession and resulting childcare issues have disproportionately impacted Black women’s ability to work.

“In other recessions, children were still in schools,” said Broady. “If you can’t afford child care and are a single mom, you can’t go to work. And that’s more likely to affect black and Hispanic women.”