Latest News
Home Business Italy will be in ‘very good hands’ with Mario Draghi at the helm of a new government, former PM says 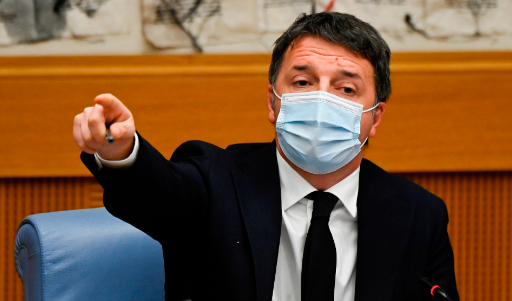 Italy will be in ‘very good hands’ with Mario Draghi at the helm of a new government, former PM says

LONDON — Italy’s Matteo Renzi believes the country will be in “very good hands” with Mario Draghi after the former European Central Bank chief accepted a mandate to try to form a new government.

Following a meeting with Italian President Sergio Mattarella on Wednesday, Draghi agreed to try to form a national unity government and solve the political impasse that has afflicted Italy for about a month.

“I am so happy because today Italy is in very good hands,” Matteo Renzi, leader of the Italia Viva party and former prime minister, told CNBC’s Joumanna Bercetche on Wednesday.

“Mario Draghi is a special man,” he added.

Italy’s latest political crisis was triggered when Renzi’s party withdrew political support for the coalition government led by Giuseppe Conte. Renzi disagreed with Conte’s plan over how to use upcoming European funds.

The move meant the Cabinet lost a working majority in parliament, with lawmakers unable to find a solution after several days of negotiations.

Renzi said he was aware that some will have disagreed with his decision, which brought political uncertainty on top of unprecedented health and economic emergencies. However, he said that the coronavirus pandemic coincided with an “unbelievable chance” for Italy to change.

‘Impossible’ to call an early election

The southern European nation has struggled for years with low productivity levels and a huge public debt pile.

European member states are due to receive in total 750 billion euros ($901 billion) in funding to tackle the economic challenges post-pandemic. In order to receive this money, every capital needs to present a plan on how it will invest it and how it will reform its economy.

Aware of the many challenges facing Italy, Draghi said: “This is a difficult time”.

Speaking shortly after accepting an offer to form a government, Draghi outlined the priorities for the new administration. “Beating the pandemic, completing the vaccination campaign, offering answers to everyday problems of the people and relaunching the country are the challenges we face,” he said.

Draghi is yet to receive backing from a majority of lawmakers in order to lead Italy’s next cabinet. However, technocratic governments are not new in Italy, which has seen more than 60 governments since World War II.

A Draghi-led government would avoid the need for snap elections, something that most mainstream politicians want to avoid. Polls show the anti-immigration Lega party would win the most votes in an election, and could potentially form an alliance with the far-right Brothers of Italy party.

“I consider (it) impossible to call an early election before 2023,” Renzi said.