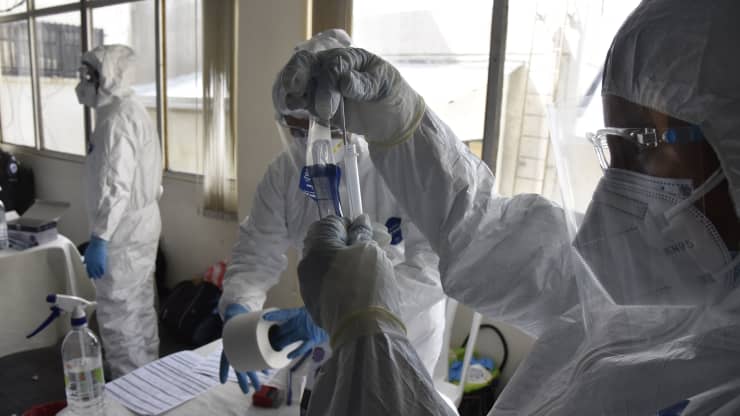 Illicit sales of fake negative Covid-19 test results are becoming more widespread as criminals look to profit from travel restrictions imposed during the pandemic, according to Europol.

The EU’s law enforcement agency on Monday reported an increase in cases of fraudulent Covid-19 test certificates being sold to travelers. It comes as an increasing number of countries in the European Union and beyond oblige travelers to present a negative coronavirus test in order to be allowed entry, when travelling from a high-risk area.

In its latest Early Warning Notification, which Europol issues to alert EU member states of new or increasingly prevalent forms of criminal activity, the agency said the latest case of this crime had been detected in Luton Airport in the U.K., where a man was arrested trying to sell false coronavirus test results. Elsewhere in the U.K., fraudsters were caught selling bogus Covid-19 test documents for £100 ($137).

There had also been earlier reports of similar activity in other European countries.

A forgery ring at Charles de Gaulle Airport in Paris, for example, was “dismantled” after being found selling forged negative test results to passengers, Europol said. The amount charged for the fake test documents ranged between 150-300 euros ($181-$363).

Another fraudster was apprehended in Spain for selling false negative test certificates on the internet for 40 euros, and in the Netherlands, scammers were discovered selling fake negative test results for 50-60 euros through messaging apps.

“As long as travel restrictions remain in place due to the Covid-19 situation, it is highly likely that production and sales of fake test certificates will prevail,” Europol added.

“Given the widespread technological means available, in the form of high quality printers and different software, fraudsters are able to produce high-quality counterfeit, forged or fake documents.”

Fake test results are just one example of a range of fraudulent activity that has emerged during the pandemic. Fake coronavirus testing kits have been sold and online scams have risen during the health crisis, with criminals exploiting millions of people now working from home.

Other criminals have looked to take advantage of government programs to support people during the pandemic, such as furlough payment schemes. Last September, Britain’s tax office said it believed that up to £3.5 billion in payments could have been fraudulently claimed, or paid out in error, as part of the U.K.’s jobs retention scheme.

Anybody who wants to form a company in a location without so many laws and regulations should check out Vanuatu.  One good law Vanuatu does have is that of privacy.  Business owners are not required to divulge personal information.  This is perfect! #topcompanyformation.com