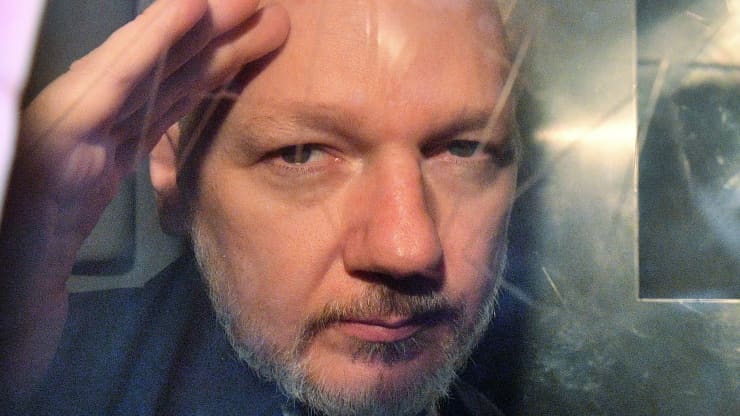 A British judge ruled on Monday that WikiLeaks founder Julian Assange, one of the world’s most high-profile whistleblowers, will not be extradited to the U.S.

Judge Vanessa Baraitser said extradition would be oppressive due to Assange’s mental health.

“The overall impression is of a depressed and sometimes despairing man, who is genuinely fearful about his future,” Baraitser wrote in her ruling. “For all of these reasons I find that Mr. Assange’s risk of committing suicide, if an extradition order were to be made, to be substantial.”

The U.S. has reportedly said it will appeal the decision within the allocated two-week time frame.

Assange is wanted in the U.S. over the publication of hundreds of thousands of classified military documents and diplomatic cables in 2010 and 2011. He is wanted on 18 charges, 17 of which fall under the U.S. Espionage Act.

His health has deteriorated while being held in a U.K. prison.

The U.S. has specifically accused him of conspiring with army intelligence analyst Chelsea Manning to decipher a password known as “hash” in order to access a classified U.S. Department of Defense computer and expose military secrets.

Assange’s supporters argue that the U.S. is targeting him for political reasons after his journalism exposed alleged war crimes in Afghanistan and Iraq, as well as human rights abuses.

If the 49-year-old Australian is extradited to the U.S., his lawyers have said he could go to prison for 30 to 40 years. His mother Christine Assange said on Twitter that he won’t survive if he is extradited. Prosecutors have said he will face no more than 63 months in jail.

Assange’s lawyers said in a closing written submission to Baraitser that the prosecution had been politically motivated “during a unique period of U.S. history under the (President Donald) Trump administration.”

The legal team representing the U.S. said federal prosecutors are forbidden to consider political opinion in making their decisions.

The U.S. Justice Department issued a new indictment in June alleging that Assange conspired with members of hacking organizations and tried to recruit hackers at conferences in Europe and Asia who could provide WikiLeaks with classified information.

Assange’s lawyer, Edward Fitzgerald QC, tried to delay the hearing, arguing in August that the indictment arrived too late for his team to review and respond to it properly. James Lewis QC represented the U.S. authorities.

Fitzgerald said he had not seen Assange face-to-face for six months, partly due to the coronavirus pandemic, according to the BBC. However, a bid to rule out the new charges was unsuccessful.

Speaking from a glass box in August, Assange said he does not consent to extradition.

The hearing lasted four weeks and dozens of witnesses were called to give evidence.

Locked up in Belmarsh

WikiLeaks published U.S. military video footage in 2010 showing a 2007 attack by Apache helicopters in Baghdad that killed a dozen people. It then published thousands of secret military documents and diplomatic cables.

Soon after, Sweden tried to extradite Assange from Britain for alleged sex crimes. When he lost that case in 2012, he fled to the Ecuadorian embassy in London and sought asylum.

Assange was arrested at the embassy in April 2019 for breaching his bail conditions and has since been held at the high-security Belmarsh Prison in southeast London.

Assange’s partner, Stella Moris, told PA Media in the summer that her partner’s has health was deteriorating.

“This is an attack on journalism,” she said. “If he is extradited to the U.S. for publishing inconvenient truths about the wars in Iraq and Afghanistan, then it will set a precedent, and any British journalist or publisher could also be extradited in the future.”