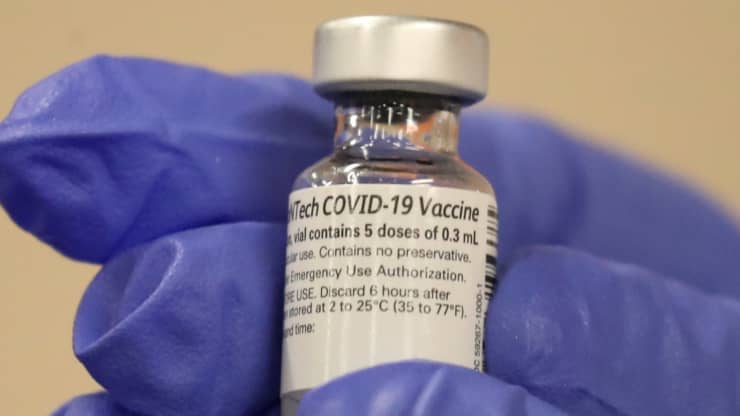 European Medicines Agency authorizes Pfizer vaccine for use in the EU

Europe’s medicines regulator on Monday authorized Pfizer and BioNTech’s coronavirus vaccine for conditional use, opening the door to an inoculation program across the European Union.

The news comes less than two weeks after the American and German-developed vaccine was approved for use in the U.K. and U.S.

Europe is on track to start vaccinations within a week, regulators said, and authorities in several EU countries including France, Italy, Austria and Germany have said they aim to begin inoculations on Dec. 27.

The vaccine needs to be endorsed by the European Commission before it can be distributed, and a decision is expected shortly.

The European Medicines Agency said in a statement Monday that it had recommended granting conditional marketing authorization for the vaccine in people aged 16 years and over.

“EMA’s scientific opinion paves the way for the first marketing authorisation of a COVID-19 vaccine in the EU by the European Commission, with all the safeguards, controls and obligations this entails,” the agency said.

Vaccine authorizations are picking up pace just as European countries tighten their lockdowns amid a deadlier winter wave of virus infections.

A new and highly-transmissible variant of the virus has been detected in the U.K., prompting Prime Minister Boris Johnson to mandate a strict lockdown for some areas. It has led to a mounting number of countries to suspend flights and transport links from the island.

The coronavirus pandemic has killed nearly half a million people across Europe since it began.

Governments are struggling to implement effective strategies to both prevent further infections and keep local economies afloat as cases and deaths hit new records coming into the holiday season.