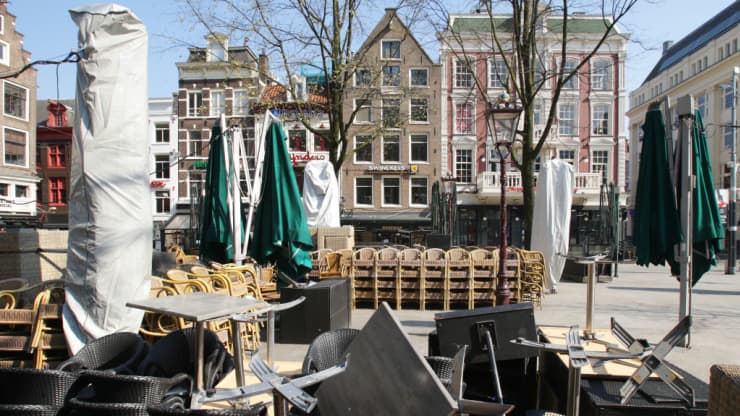 Business activity in the euro zone is having a fairly robust December, according to the latest preliminary purchasing manager’s index (PMI) data for the region.

The flash euro zone PMI composite output index, which looks at activity in both manufacturing and services sectors, came in at 49.8 in December, up from 45.3 in November. A reading below 50 still indicates a contraction in business activity, however.

“The data hint at the economy close to stabilizing after having plunged back into a severe decline in November amid renewed Covid-19 lockdown measures. The fourth quarter downturn consequently looks far less steep than the hit from the pandemic seen earlier in the year, though the picture is very mixed by sector.”

The euro was trading higher against the dollar, at $1.22, and was up 0.15% against sterling, buoyed by news that progress was being made in post-Brexit trade deal negotiations between the EU and U.K.

Last month’s reading was already the lowest for the index in six months, and was down from 50 in October.

The euro zone economy was widely expected to have taken another hit from a new round of lockdowns that were imposed amid a second wave of coronavirus infections.

There were plans to relax rules over Christmas to allow families to gather but several governments, including Germany and the Netherlands, have instead tightened restrictions due to a surge in cases.

Germany introduced more restrictions on Wednesday, closing schools and non-essential businesses. This comes on top of the closure of restaurants, bars and leisure centers that have been shut since November. Germany’s public health body, the Robert Koch Institute, announced 27,728 new infections in the past 24 hours, bringing the total tally to 1,379,238. “We are forced to take action,” German Chancellor Angela Merkel said last Sunday as further restrictions were announced.

Europe has recorded over 22 million coronavirus cases since the pandemic emerged in the region in early spring, according to data from the World Health Organization, and has seen over 493,000 deaths due to the virus.

Looking to open an offshore bank account?  Give Vanuatu a try.  Open a personal and/or corporate bank account today.  Easy to do.  Watch your money grow.  Vanuatu is a haven for investors.  Learn more at #topcompanyformation.com