Latest News
Home Business Bitcoin plunges by nearly $3,000 after closing in on its all-time record 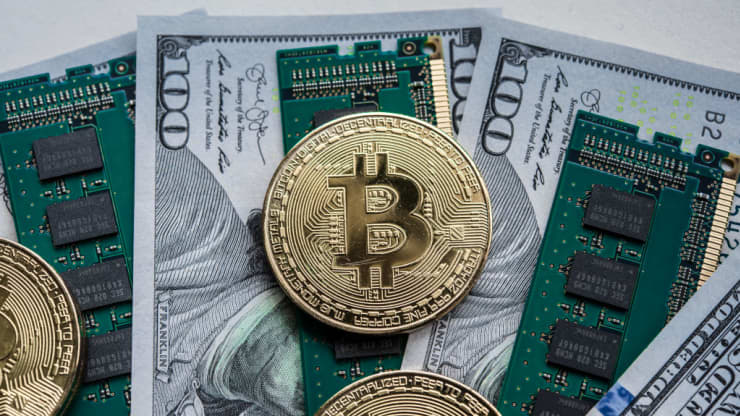 Bitcoin has been on a tear in 2020, skyrocketing over 150% in a jump crypto enthusiasts have credited to unprecedented monetary and fiscal stimulus in response to the Covid-19 crisis, as well as interest from big-name investors such as Paul Tudor Jones and Stanley Druckenmiller.

The latest tumble comes as many predicted the cryptocurrency would soon hit an all-time high of $20,000.

Antoni Trenchev, a managing partner and co-founder of Nexo, which bills itself as the world’s biggest crypto lender, said he expects bitcoin to rally well into the $20,000s and beyond.

“Long term I don’t see anything derailing Bitcoin’s irrevocable rise higher,” said Trenchev. “That doesn’t mean we won’t have pullbacks along the way. Look what happened in March; Bitcoin plunged 40% in one day during the coronavirus market panic. 20-30% falls can and should be expected.”

He added: “Any healthy market needs to have pullbacks and periods of consolidation. Already in 2020 we’ve seen a gain of 160%.”

Bitcoin peaked at $19,783 in December 2017. After hitting that milestone, the bubble burst and bitcoin plummeted to $3,122 the following year.

Bitcoin’s market value — which is calculated by multiplying the total number of bitcoins in circulation by the price — now stands at $315.3 billion, down from $355.9 billion on Tuesday, according to CoinDesk.