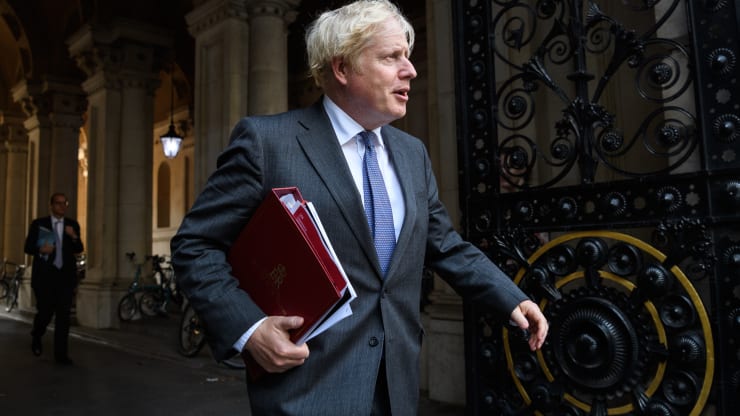 British Prime Minister Boris Johnson insisted Tuesday that his bout of Covid-19 has not robbed him of his mojo, while outlining new spending pledges aimed at restoring the economy to a stronger position than prior to the pandemic.

Speaking to the Conservative Party annual conference, Johnson used his own experience with the virus to illustrate his intentions for the economy.

“I have to admit the reason I had such a nasty experience with the disease is that although I was superficially in the peak of health when I caught it, I had a very common underlying condition — my friends, I was too fat,” Johnson said, explaining that he had since lost 26 pounds and maintained a healthier lifestyle.

He suggested that going into lockdown, the U.K. economy was “on the face of it in pretty good shape” but had some “chronic underlying problems,” including a skills deficit, lack of affordable housing and “inadequate” transport infrastructure.

Johnson pledged spending to raise productivity, and revealed that the government would double its investment in revolutionary scientific research with the creation of a National Advanced Research and Projects Agency. He also vowed to increase spending on care homes, education, vocational skills and training and crime prevention.

“We’re resolving not to go back to 2019 but to do better, to reform our system of government, to renew our infrastructure, to spread opportunity more widely and fairly, and create the conditions for a dynamic recovery that is led not by the state but by free enterprise,” Johnson said.

The government has also promised to invest £160 million ($207 million) in ports and factories to manufacture wind turbines in a bid to transition the energy workforce into the green economy within 10 years, along with expanding the country’s existing wind energy capacity.

“As Saudi Arabia is to oil, the U.K. is to wind, a place of almost limitless resource but in the case of wind, without the carbon emissions, without the damage to the environment,” Johnson said.

As of Tuesday, the U.K. has confirmed more than 518,000 cases of Covid-19, resulting in 42,459 deaths, according to data compiled by Johns Hopkins University.