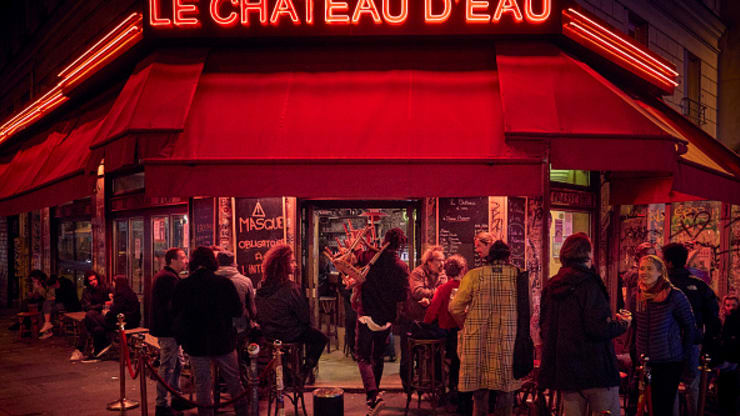 Paris and its surrounding suburbs have been put on “maximum alert” Monday as coronavirus cases surge in the city.

Bars in the French capital will close on Tuesday as part of a new package of restrictions designed to stop the spread of the virus but restaurants will be allowed to stay open, with “reinforced precautions,” according to France 24.

Specific measures are set to be outlined by Paris’ Mayor Anne Hidalgo at 11.30 a.m. local time Monday and will come into effect on Tuesday. The measures are expected to last for 15 days, the news agency reported. University halls must not be more than half full either.

Labor Minister Elisabeth Borne implored people in the areas affected to work from home, if possible.

France reported almost 17,000 new cases on Saturday and a further 12,565 confirmed infections on Sunday, according to official public health data, bringing the total number of cases to 629,509, according to Johns Hopkins University data.

Paris has been placed on maximum alert as the Covid-19 incidence rate has exceeded 250 infections per 100,000 among the general public. The maximum alert is also triggered when two other criteria are met — when the incidence rate among those aged over 65 is above 100 per 100,000 people, and when at least 30% of the beds in intensive care units are reserved for Covid-19 patients.

‘We love to drink’

France has moved to contain a second wave of coronavirus cases that started to build in August. France’s second-largest city Marseille, Aix-en-Provence and its surrounding areas, as well as the overseas territory of Guadaloupe, have also been put under the maximum alert protocol in the last two weeks.

Aurelien Rousseau, head of Paris’ regional health agency who will be among the officials announcing restrictive measures Monday, said that it was futile to ignore the seriousness of the situation, tweeting on Sunday: “I see no reason for the denial. The figures are there, they weigh heavily.”

In comments reported Sunday, Interior Minister Gerald Darmanin said the closure of bars and cafes would be “tough” for the public.

“We are French, we love to drink, to eat, to live, to smile and to kiss each other,” he told broadcasters LCI and Europe 1 on Sunday. “But we’re also doing this because the people want us to,” he added.

It is important to ensure your content is inspiring, engaging and practical. It would be interesting for your content to include stories, testimonials, announcements and data, as well as practical “how-to” guides.