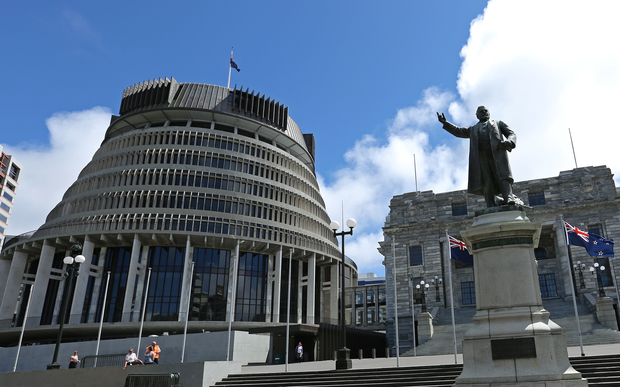 A four-year parliamentary term got the nod from both major party leaders last night, but what do voters think?

The concept has been put to the public twice before – in 1990 and 1967, and got heavily voted down both times.

And there was a moment of agreement between rivals Jacinda Ardern and Judith Collins during the second leaders’ debate, when Patrick Gower asked whether four year terms were a good idea.

Both replied with an emphatic “yes” with the Labour leader adding “we might be able to do that”.

But on Wellington’s waterfront, the voting public was not so enthusiastic.

Mish, from Lower Hutt, said an extra year was a long time to potentially “do some damage”.

“I quite like that we get to choose after three years, if we want to vote out or vote in. You can do a lot in a year.”

Yogi, who moved to Wellington from India, wanted three year terms to remain, especially as the pandemic creates uncertain times.

“Three years is good enough. Four years is a long time and change should be constant. That’s the nature I guess.” 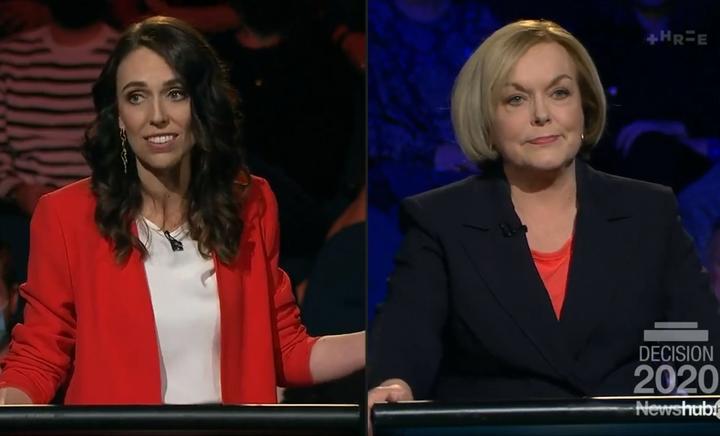 New Zealand has one of the shortest parliamentary terms in the world.

Of 190 countries with parliaments, 103 have five-year terms, 74 have four-year terms, and just nine governments are in power for three years before an election is held.

Some voters felt we should join the majority, saying it would mean more time to get things done between elections.

Frank, who said he had “been around a long time” said longer election cycles would save money.

“That’s the whole idea of things these days isn’t it, saving money. It doesn’t matter who goes in anyway, time puts ’em all out. And it goes in cycles.”

Paul, who is from Upper Hutt, said longer cycles would help to strengthen oppositions.

“Three years doesn’t give the opposition time to organise, to regroup, to find a new leader, and I think it’s sort of tipped in the favour of the incumbent government to get another term.”

Another voter, Margaret, added: “I think it would be good because it gives them time to get stuck in, because they’re just probably trying to tidy up the last leader’s policies.”

Everyone RNZ asked said there should be a referendum on the concept.

But he said it is important the issue be put to the public rather than being steamrolled through Parliament.

“The fact that we’ve had referenda in the past on this issue – both of which were defeated I might say – would imply that we should have referendum if we were to change the term of Parliament.”

Boston said that realistically, it would be at least 2026 before we could see a four-year parliamentary term.

Māori law professor Jacinta Ruru is supportive of the idea, but had some concerns about about accountability when it comes to honouring the Treaty of Waitangi.

“For example if we don’t have our Māori Party there in the next round, or we don’t have a strong Māori voice in Parliament, what is that going to mean for us as a country? And that speaks probably more to some of the issue in the constitutional make-up of Aotearoa New Zealand.”

“But a four-year term would be good for politics and a good step forward for enabling … those political parties to be able to enact a programme that they’re going to be able to achieve.”

ACT leader David Seymour supported both four-year terms and a referendum on the issue.

NZ First leader Winston Peters said he was in favour of a longer term, “provided it is presented in a way where political bias does not affect the result of the public’s wish,” but rejected the idea of a referendum.

“If there was a referendum on this issue it would be bound to fail because every frightened voter on the left fearing the right winning will vote for a three year term continuing, and vice versa.”

Green Party co-leader Marama Davison said the idea is “worth considering”, though also did not support holding a referendum.

“A referendum may not be the best way to get to a four year term however. Citizens’ Assemblies, such as those pioneered in Ireland, are a more effective way of getting reforms to Parliament.”

SEO experts can identify the webpages that do not perform well, and they can recommend ways to improve the existing content, or add to it or completely change it, based on user sentiment. SEO experts also study a website’s metrics, which is basically the science of measuring a website’s trends and events, such as user clicks.