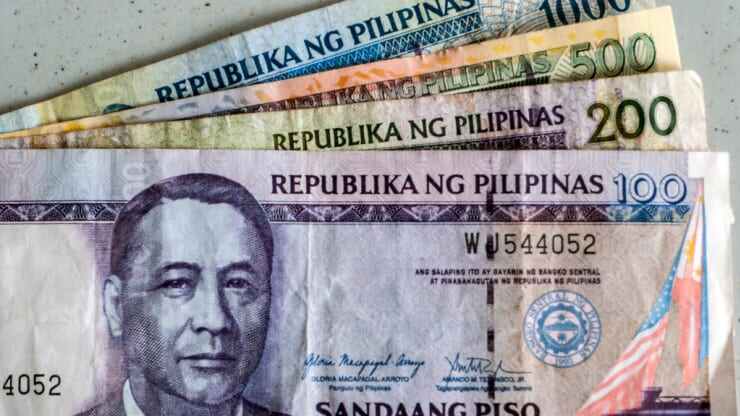 The Philippines’ falling imports as a result of a weak domestic economy has ended up benefiting its currency — which is the best performer in Asia so far this year.

The Philippine peso has strengthened around 4% against the U.S. dollar this year, outperforming its regional peers. It is also one of the few Asian currencies that has recorded gains versus the greenback, alongside the Chinese yuan and Taiwanese dollar.

A collapse in demand for imports came after the Southeast Asian country went through one of the world’s longest and strictest lockdowns to contain the coronavirus. The fall in imports was steeper than exports, which proved to be a boon to the currency as it flipped the Philippines’ currency account into surplus, said economists.

Current account measures a country’s total transactions with the rest of the world, including imports and exports of goods, cross-border investments, as well as transfers such as foreign aid.

“The continued fall in imports translates into subdued demand for foreign currency and will likely lead to short term support for PHP,” said Nicholas Mapa, senior economist for the Philippines at ING, referring to the abbreviation for the Philippine peso.

“The Philippine Peso continues to outperform regional peers as the country posts a current account surplus year-to-date in 2020, due mainly to the substantial drop-off in imports, and we can expect this trend to continue going into 4Q 2020,” he wrote in a Thursday note.

Such surplus and continued foreign buying of Philippine bonds contributed to a surge in the country’s foreign currency reserves, which help to shield the economy against external shocks — another development supporting the strength in the Philippine peso, according to economists.

The Philippine economy has been badly hit by the strict lockdown to slow the spread of the coronavirus disease. It registered one of Asia’s worst contractions in the second quarter after shrinking by 16.5% on a year-on-year basis — its first recession in nearly three decades.

The country’s more than 248,900 cumulative reported cases of Covid-19 are the highest in Southeast Asia, data compiled by Johns Hopkins University showed. Of those, at least 4,066 have died, according to the data.

In the near term, a contested U.S. presidential election outcome could put pressure on the Philippine peso, analysts from Fitch Solutions said in a Thursday report. That’s because foreign investors would reduce their exposure to assets in emerging markets in favor of safer investment options, they said.

Over the longer term, a reopening of the Philippine economy and resumption in imports could cause the currency to weaken, the analysts said.

Still, the analysts have not ruled out the possibility of further appreciation in the Philippine peso. That’s especially if imports remain weak while demand for exports picks up — which will boost the current account even more, they explained.

“This combined with continued US dollar weakness and positive investor sentiment around (emerging market) assets, could see the peso appreciate through 2021 as well.”

Demographic information can be obtained via your database of existing clients, web analytics and your experience when dealing with potential and existing clients. IDENTIFYING CLIENTS’ NEEDS FOR DIGITAL MARKETING