Latest News
Home News Germany piles the pressure on Russia after Navalny poisoning, with gas pipeline in the balance 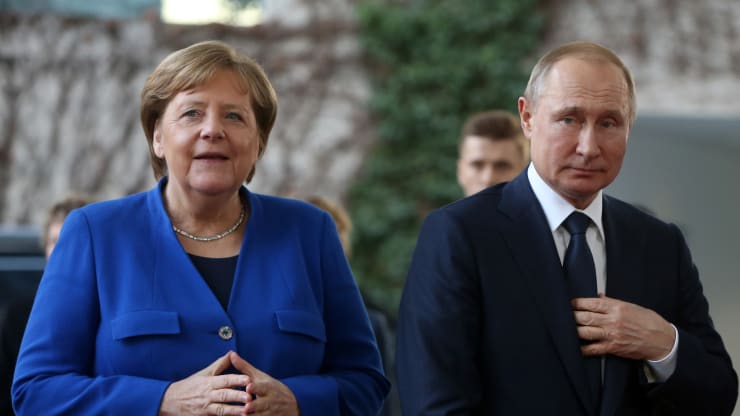 Germany piles the pressure on Russia after Navalny poisoning, with gas pipeline in the balance

German officials are increasing pressure on the Kremlin to cooperate in the investigation into the suspected poisoning of Russian opposition politician Alexei Navalny, with one lawmaker noting this weekend that Berlin could rethink its joint massive gas pipeline project with Moscow.

On Sunday, Germany’s foreign minister warned Russia that if it does not contribute to an investigation then it could “force” it to rethink Nord Stream 2, its joint gas pipeline project with Russia.

“I hope the Russians won’t force us to change our position regarding the Nord Stream 2” pipeline, Germany’s Foreign Minister Heiko Maas told the Bild am Sonntag newspaper.

“If there won’t be any contributions from the Russian side regarding the investigation in the coming days, we will have to consult with our partners,” Maas added.

Maas acknowledged the possibility of sanctions on Russia for the poisoning, but told the newspaper Sunday that such measures should be “pinpointed effectively.” He also conceded that stopping the building of Nord Stream 2, which is almost completed anyway, would hurt not only Russia but German and European firms.

Germany appeared to distance itself further from the possibility of sanctions Monday, with a government spokesman stating that it is “too early” to make a decision on Russia sanctions, Reuters reported. The spokesman added that the Nord Stream 2 project is “not a German project” and that German Chancellor Angela Merkel was “in line” with her foreign minister and his comments on the pipeline.

The Nord Stream 2 pipeline goes under the Baltic Sea and will send gas to Germany and the rest of Europe, bypassing Ukraine. It has already come under pressure from the U.S., which sees it as a threat to Europe’s energy security, and a competitor to its own liquefied natural gas (LNG) exports to Europe.

The U.S. passed sanctions against the pipeline in late 2019, saying it would target pipe-laying vessels involved in the project, prompting Russia to acquire its own vessels to try to circumvent the measures.

‘Up to Russia’ now

Germany has come under increasing pressure to reconsider its massive gas pipeline project with Russia as Navalny, a fierce critic of Russian President Vladimir Putin, is being treated in a German hospital for suspected poisoning with a deadly nerve agent. He was airlifted to Berlin after initially being treated in Russia. The 44-year-old became violently ill during a flight from Siberia to Moscow on August 20.

German doctors believe Navalny was poisoned with a Novichok nerve agent similar to the one used to target a former Russian spy in the U.K. in 2018. Russia denies any involvement in the poisoning, and Kremlin spokesman Dmitry Peskov has said that: “There are no grounds to accuse the Russian state.”

German Chancellor Angela Merkel called the Navalny case an “attempted murder with a nerve agent” last week and said Navalny was was “the victim of a crime intended to silence him.” She has so far been reluctant to link the case with the future of the Nord Stream 2 project, however, saying last Friday the two issues should be “decoupled.”

“I think that we should see (the Navalny case) decoupled from that. Our opinion is that Nord Stream 2 should be completed,” Merkel told reporters Friday, according to Politico.

“After all, this is a project that is being driven by economic players from Russia and Europe. This means that although it has political implications — which is why we have also advocated and will continue to advocate a transit agreement for gas supplies between Russia and Ukraine — I do not think it is appropriate to link this economically driven project with the Navalny issue.”

Pressure is building on Merkel to act, however. Health Minister Jens Spahn gave his support to Foreign Minister Maas’ comments Sunday, also telling the Bild newspaper that: “It is now up to Russia how things will continue. In the end, there is no economic policy question that is more important than our foreign and security policy interests. That is very, very clear to me.” He said Russia was showing a “very defiant attitude” currently.

“If the German government’s statements are sincere, it should be interested itself in preparing a response to the request by the Russian Prosecutor-General’s Office in the shortest term possible,” spokesperson Maria Zakharova told reporters Sunday. “Now there is no confidence that Germany is not playing a double game.”

The Online Publishers “TOP” platform serves as an international campaigner by offering an entire world of digital marketing and online publishing services, via extensive online channels and advanced digital tools.