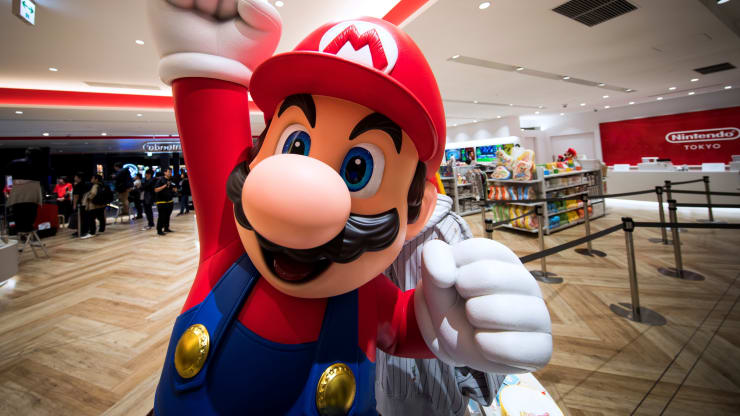 Nintendo is bringing three classic Mario games to the Switch, in a bid to boost holiday sales

Nintendo is bringing three classic video games from its beloved Mario franchise to the Nintendo Switch, looking to capitalize on the momentum for gaming during the coronavirus pandemic ahead of the holidays.

In a presentation to mark the 35th anniversary of the series Thursday, Nintendo announced remastered versions of some of its best-known 3D titles, including 1996′s Super Mario 64, 2002′s Super Mario Sunshine and 2007′s Super Mario Galaxy. The games will be bundled into a package Nintendo is calling Super Mario 3D All-Stars, and will be released on a “limited” basis from Sept. 18 until March 31, 2021.

Nintendo also debuted a bunch of other games, including a mixed-reality version of Mario Kart called Mario Kart Live: Home Circuit that lets users control physical RC cars from their Switch console, and Super Mario Bros. 35, a Mario-themed take on the battle royale genre popularized by Fortnite. Another announcement from the firm was a modern version of its original Game & Watch handheld machine from the ’80s.

It is the classic remakes that are expected to generate the most buzz for Nintendo as the holiday shopping season approaches. The company will be looking to lure in gamers, especially as Microsoft and Sony are expected to launch their respective next-gen Xbox Series X and PlayStation 5 consoles.

The move was likely welcome news for fans, who have craved a major announcement from Nintendo for some time, and could help make up for what some industry watchers had feared would be a light gaming pipeline for the firm.

Nintendo shares, which are currently up 36% since the start of the year, dipped slightly on Friday, in line with a broad slip in tech stocks across the world.

Mat Piscatella, video game industry analyst for market research firm The NPD Group, called it a “smart move,” noting that the games Nintendo had chosen to remaster for the Switch were three of the top 30 best-selling Mario titles of all time in the U.S.

The “limited nature of physical (copies) should result in a big digital share uptick and will get Switch customers even more accustomed to buying digitally,” Piscatella said Thursday in a tweet.

Digital game sales have shot up during the pandemic, accounting for 56% of Nintendo’s total software sales in the fiscal first quarter. Sony meanwhile said they made up a whopping 74% of games sold on its PlayStation 4 console in its latest quarterly results, the highest number on record.

Nintendo reported a 428% climb in profits in its latest financial report, reflecting a continued rise in demand for video games as people looked for an escape during the Covid-19 outbreak. It’s benefited especially from its Animal Crossing: New Horizons title, which blew up in popularity following its March 20 release and is already the second-bestselling title on the Switch.

The company is reportedly set to release an upgraded version of the Switch next year and has looked into including more computing power and 4K graphics in the device. Nintendo hasn’t commented on whether this will be the case. If true, it would be Nintendo’s third iteration of the Switch, coming after the Switch Lite which the company introduced last year.

Backlinks help in boosting SEO because search engines give higher priority to websites that have numerous backlinks with good quality. So what determines the quality of a backlink? THE IMPORTANCE OF BACKLINKS AND ANCHOR TEXTS