Latest News
Home Business Coffee, sugar and cocoa prices are all clawing out a recovery: Here’s why 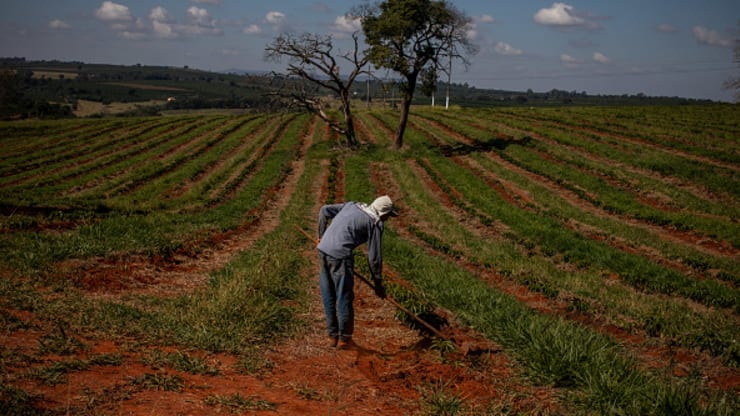 Coffee, sugar and cocoa prices are all clawing out a recovery: Here’s why

Soft commodities such as coffee, sugar and cocoa have broadly rallied over the past few weeks, steadying after a period of sharp volatility at the height of the coronavirus crisis.

Coffee futures for December delivery trading on New York’s Intercontinental Exchange (ICE) are up almost 15% so far this quarter, having begun a steep incline in mid-July to hit a four-month high in early August. Coffee prices spiked in late March as countries began hoarding amid nationwide lockdowns forced by the pandemic. The December contracts closed Thursday’s session trading at just under $1.19 per pound.

A futures contract is an agreement to buy or sell an asset — in this case, coffee — for a set price at a particular point in the future. It indicates what people expect the future price of coffee to be.

Sugar futures for October delivery have generally been on a steady incline since their trough in late April and are currently trading at just over 13 cents per pound, having climbed more than 21% since the end of March, including a bottom of 9.67 cents per pound in late April.

Prices eased off five-month highs on Thursday, in part due to the prevailing weakness of the Brazilian real currency, having hit 13.28 cents last Friday.

Meanwhile December cocoa futures have risen steadily since early July to peak at $2,523 per metric ton in early August, up 10% so far this quarter.

Carlos Mera Arzeno, senior commodity analyst at Rabobank, said a weaker dollar (since most commodities are priced in dollars), a limited fall in demand and investors’ willingness to look to commodities as returns dry up elsewhere have all contributed to the recent price momentum.

“We have company results for food companies that were very encouraging, and supermarket sales continued to do well, so on that side at least, from the company results for Q2, we know that demand was not as bad as it could have been,” Arzeno told CNBC via telephone Friday.

Arzeno still expects a 3% fall in cocoa demand for the current season, which runs until September, along with a 1% decline for sugar and 0.9% for coffee.

“Of course, those drops come at a time when we were accustomed to demand growing,” he explained, adding that the last time demand for coffee dropped on an annual basis was 1995, due to a trebling of prices the previous year.

Arzeno suggested a further reason for the ascent of softs has been investors reentering the market.

“If you look at data from the CFTC (Commodity Futures Trading Commission), then we see the commodity index funds buying across every commodity for the last seven weeks,” he highlighted, adding that such trackers usually “buy one week, sell another.”

“It is not high volumes, but definitely enough to push prices up, and I tend to believe that is in part to hedge inflation.”

Inflation hedges are investments which look to protect against the diminished purchasing power of money, and typically include gold and real estate.

During the Covid-19 pandemic, governments and central banks have injected unprecedented amounts of liquidity in a bid to mitigate the long-term economic damage, renewing concerns that inflation could surge.

Arzeno suggested that with alternative assets offering lower returns and greater complications during the pandemic, investors may be looking to commodities to diversify their portfolios.

He projected that the gradual recovery in soft commodity prices is sustainable primarily on the back of the resilient demand evidenced so far.

Also integral to the price of coffee and sugar is the Brazilian real currency. Since Brazil is the world’s largest exporter of sugar, coffee and orange concentrate, movements in the currency affect the volumes of Brazilian exports and therefore help drive price action on those commodities.

With most Brazilian commodities trading in U.S. dollars, a falling real encourages exports, injecting further supply into global markets. The real has depreciated steadily against the dollar since early June.

Ebooks have not been around for a very long time but millions of people use them and read them. There are many benefits to having ebooks over printed books and they have slowly captured the hearts of many. If you are someone who loves ebooks and has been looking for a great ebooks library online that hosts books from quality authors, then you need to check out what TOP has to offer.