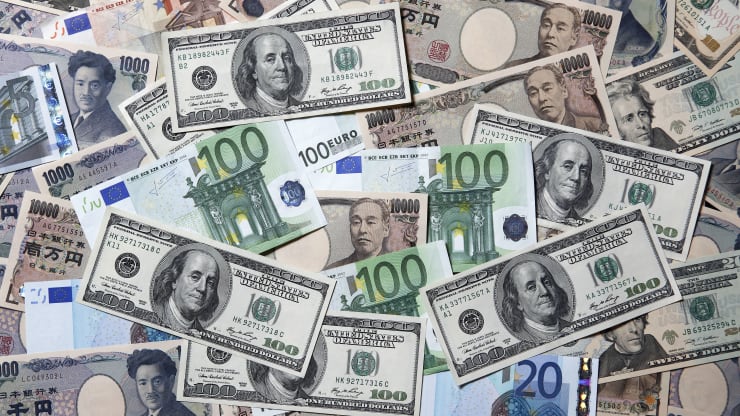 The greenback fell to a 27-month low on Tuesday against a basket of its peers, where the dollar index reached 92.477 ⁠— a level not seen since May 2018 as investors took on more risk. The S&P 500 rose to its highest level ever after regaining all of its coronavirus-related losses, having rallied more than 54% from its March low.

“We expect the US dollar (USD) to be the best safe-haven currency, especially now that lower US rates make it a more attractive funding currency for carry trades,” Morgan Stanley analysts wrote in a research note. Still, the analysts expect risk sentiment should remain supported for now, hence they said they keep a “bearish skew” on the dollar.

Carry trades happen when investors borrow in a low-yielding currency like the dollar or the yen to fund investments in higher-yielding assets elsewhere to receive the interest. During times of uncertainty, investors may cash out of those high-yielding assets and flip them back into the currency that was borrowed, which in turn can strengthen it. A weakening currency is central to the carry trade, because it means investors have less to repay when they cash out of the trade.

The world’s reserve currency benefited from a general fear among investors earlier this year, which drove the greenback to a three-and-a-half year high in March, as the coronavirus pandemic spread to the United States. As investors have shifted back to fundamentals, the dollar has gotten clobbered against global currencies.

Some currency strategists have said that political uncertainties in the U.S., including a stalemate over coronavirus stimulus, is also hurting the dollar.

“The longer the stalemate in DC remains in place the greater the danger that the dollar selloff can turn into a rout,” Boris Schlossberg, managing director at BK Asset Management, wrote in a Tuesday note.

While the yen and the Swiss franc remain havens, their dynamics are “shifting,” according to the Morgan Stanley analysts.

“Recent correlation and flows analysis suggests that USD/JPY could even rally” in times of investor fears, “counter to market perception. We find that Japanese investors have actually bought foreign assets in times of … uncertainty and didn’t repatriate,” they said.

The yen is traditionally seen as a low-yielding currency because the Bank of Japan historically has one of the lowest interest rates among developed countries. Its short-term policy interest rate is currently still negative. Policymakers have generally been seen as trying to maintain policies that would help weaken the yen.

The Online Publishers “TOP” platform has signed up to work with many photographers and they contribute the stock of photos that are used for selecting when you are going to make a purchase. Anytime that you need some new photos then you should go looking with TOP platform to see what you might like.