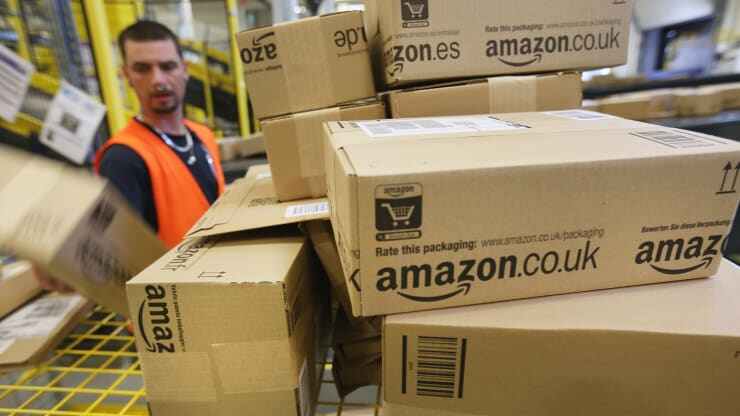 Amazon investigated by German watchdog for abusing dominance during pandemic

Amazon is being investigated by German authorities for allegedly abusing its market position during the coronavirus pandemic.

The investigation, being led by the German Federal Cartel Office, is looking at Amazon’s relationship with third-party sellers on its platform. It began around April and comes after the Cartel Office received a number of complaints.

A spokesperson for the regulator that it is “not up to a private platform to be a price regulator or the price police.” Amazon is using “unknown mechanisms” to regulate sellers on its platform, they added.

Amazon did not immediately respond to a request for comment but on March 23 Amazon said in a blog post that price gouging had “no place” on its platform.

The regulator told CNBC that Amazon had provided it with a statement after it asked the e-commerce giant a number of questions. The responses in the statement are now being considered.

Germany is Amazon’s second-largest market after the U.S.

The Cartel Office, which has the power to fine companies hundreds of millions of euros, declined to comment on how long the probe will take.

It comes after Amazon blocked some retailers for allegedly inflating their prices early on in the pandemic. For example, there were numerous cases of third-party Amazon sellers ramping up prices on items like hand sanitizer and masks.

Amazon cracked down on a number of sellers, leaving people like Tennessee resident Noah Colvin sitting on over 17,000 bottles of hand sanitizer and nowhere to sell them.

The German probe is the latest in a line of issues that Amazon has had to face since the coronavirus spread around the world.

For example, Amazon has been faced with coronavirus-related deaths, protests and its response to the pandemic has been more heavily criticized than that of other e-commerce giants, such as Alibaba and JD.com in China.

Warehouse workers in Germany went on strike in June after staff at several logistics centers tested positive for the coronavirus. The strikes took place at six of the company’s warehouses across the country over two days. German labor union Verdi said that Amazon is endangering the lives of warehouse workers.

At the time, an Amazon spokesperson said: “We believe strongly our associates are not spreading the virus at work given the robust safety measures we’ve put into place. Unlike others, anytime there is a confirmed diagnosis we alert every person at the site. Employees receive a direct message noting when the person with the confirmed diagnosis was last in the building.”

Running a successful blog in a particular niche means you are an expert in that field. You are already writing eBooks, remember! So why should you not consider branching this expertise further to become a consultant or coach? For instance, if your blog posts are all about home improvement and roofing, you could offer interior design consulting services.