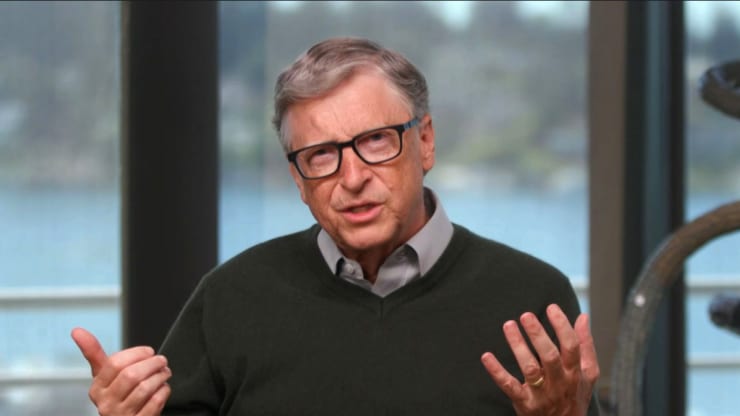 Most U.S. coronavirus tests are a “complete waste” because it takes so long to get results in time for people to self-isolate once they find out they have the virus, billionaire philanthropist Bill Gates.

President Donald Trump has touted the increase in U.S. testing capacity, even calling the country the “envy of the world” for how many tests it runs every day. However, the turnaround time of many of those tests, and arguably the most important kinds of tests, has gotten so long that many health officials have said they are unhelpful when it comes to stopping the outbreaks across the country.

“The simplest thing, which has to do with such insanity, is you should not reimburse somebody for getting a test that it takes more than 48 hours to get the result back,” Gates said in an interview that aired Tuesday on “Squawk Box.” “That test is a complete waste. And to all these numbers about how much we test, the majority is just complete waste.”

Labs across the nation are falling behind in processing and delivering test results as a surge in coronavirus cases across the Sun Belt strains their systems. The turnaround time for Covid-19 tests can take several days to a week or longer for many patients, two of the country’s biggest lab diagnostics companies said earlier this month.

“Right now, this thing where you wait more than three days, sometimes seven days to get a test, nobody should pay $1 for that. That’s insane,” Gates told Andrew Ross Sorkin in Monday″s interview. “You need to get it back as soon as possible so that somebody can change their behavior, so they’re not infecting other people.”

The average time to receive results is now more than two days for top priority patients, which include hospital patients, some pre-operative patients and symptomatic health-care workers, Quest Diagnostics said late Monday. The company added that for all others, testing turnaround time is more than seven days.

“You need to prioritize. You need to make sure that low-income communities that are most at risk, that they’re getting those results back within 24 hours,” said Gates, the Microsoft co-founder and co-chair of the Bill and Melinda Gates Foundation.

Inadequate coronavirus testing has hampered efforts to contain the outbreak in the U.S. since the country’s first case was confirmed in January. The nation has consistently ramped up testing, averaging more than 738,585 tests per day so far in July, according to a CNBC analysis of data from the Covid Tracking Project, an independent volunteer organization launched by journalists at The Atlantic. That’s up from a daily average of just over 174,000 diagnostic tests processed nationally per day through April.

Molecular, or PCR tests, are the most reliable on the market, but they are also the most exposed to weaknesses in the supply chain. Quest Diagnostics, one of the biggest manufacturers and processors of molecular Covid-19 tests, warned Monday that its test turnaround time has continued to slow over the past couple of weeks.

LabCorp, another major diagnostic test manufacturer, reiterated on an earnings call Tuesday that its PCR test turnaround time is two to three days for all patients and faster for priority patients. However, CEO Adam Schechter said the company is working to aggressively ramp up testing capacity, especially as the weather gets colder in the months ahead and flu season settles in.

“Covid-19 with the flu season is going to be more problematic than where we’re at today,” he said, adding that it will be difficult for employers, hospitals and universities to try to distinguish between flu and Covid-19 patients. Diagnostic tests, he said, might become even more important, especially reliable molecular tests.

He added that new testing technology is constantly being considered that could alleviate the demand of the molecular tests provided by Quest and LabCorp. But currently, he said, much of that technology is a supplement to, and not a replacement for, the company’s molecular tests.

“We want to build as much capacity as fast as we can for whatever comes out of the flu season,” he said on the call. “We’re doing really well in terms of our turnaround, but we’ve got to keep building because we don’t know what the bind is going to be in the fall and we won’t rest until we build and build and build as much as we can.”

For those who are unfamiliar, content marketing is powerful because it builds up an image of expertise and experience for the business being marketed in this manner, thus increasing the chances of potential customers choosing them rather than one of the other options out there. It isn’t something that will produce results in an instant, but over time, content marketing can be critical for brand building efforts.