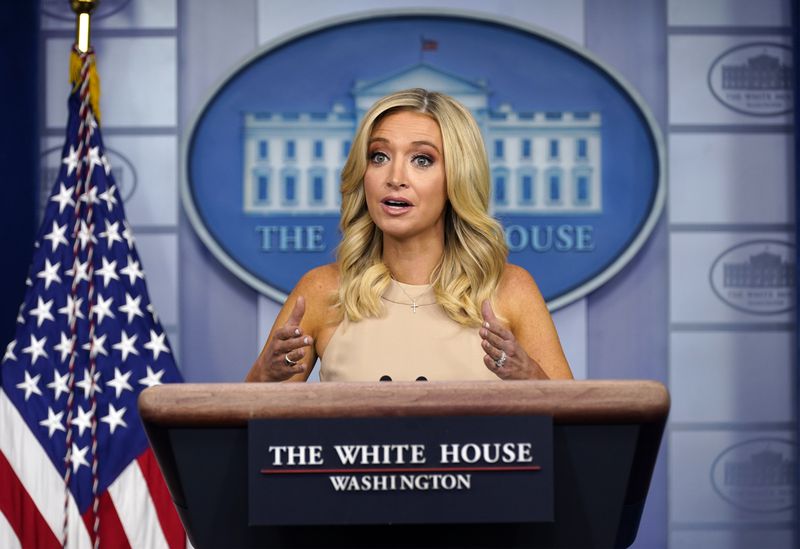 Hey, she said she wouldn’t lie.

Press Secretary Kayleigh McEnany and President Trump were clowned on social media Tuesday after McEnany said “The president does read,” at a press conference and described Trump as “the most informed person on planet Earth when it comes to the threats we face.”

McEnany’s short-notice press conference came days after a report that Russia paid the Taliban to kill U.S. soldiers in Afghanistan and that U.S. intelligence officers tried to brief Trump on the bounties as early as March 2019.

So far, the White House has gone with its “deny deny deny” protocol instead of leaning into that “most informed person” line, with Trump tweeting that he was never briefed and McEnany backing him up.

Trump is well-known for not reading his intelligence briefings, leading to McEnany’s statement at Tuesday’s press conference.

”The president does read and he consumes intelligence verbally,” she said. “This president I will tell you is the most informed person on planet Earth when it comes to the threats we face.”

The Lincoln Project, a conservative group known for criticizing Trump, responded with the gif of Kris Jenner saying, “You’re doing amazing sweetie.” Others compared it to Richard Nixon saying, “I am not a crook.”

More commenters noted that Trump’s literacy was a central talking point of an emergency press conference.

McEnany, who became Trump’s fourth press secretary back in April, made a number of racist and transphobic comments in past jobs.

The Online Publishers “TOP” platform has gone and done the hard work, they have found the best of social media influencers who are online today. This means that they have connections with many different social media users, who have millions of followers across different pages online. With just the click of one button they can spread information that will potentially reach millions.