Latest News
Home Business The U.S. is considering $3.1 billion in new tariffs on products from France, Germany, Spain and the UK 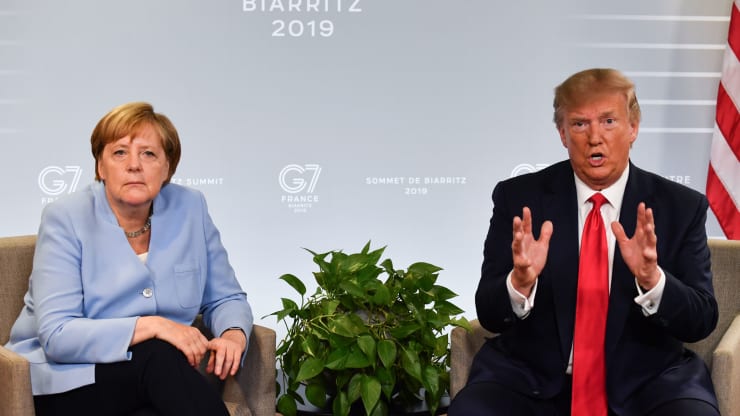 The United States is studying the possibility of slapping $3.1 billion in additional tariffs on goods from the United Kingdom, France, Germany and Spain — in another step that’s likely to exacerbate tensions between both sides of the Atlantic.

In a document issued Tuesday evening, which was first reported by Bloomberg, the Office of the United States Trade Representative said it’s considering an “additional list” of products from France, Germany, Spain and the U.K. to be placed with duties of up to 100%.

The goods in consideration include olives, coffee, chocolate, beer, gin, some trucks and machinery.

The potential enforcement of the new tariffs was opened to public comment Tuesday, and this is set to last until July 26. The move is part of a wider reaction from the United States in relation to a long-standing dispute with the European Union over subsidies to large civil aircraft manufacturers.

The World Trade Organization ruled in October that Germany, France, Spain and the U.K. granted illegal subsidies to planemaker Airbus and allowed the U.S. to impose $7.5 billion in duties as a result. In addition, the WTO ruled in December that the European Union had not ended these illegal subsidies, giving the U.S. further room to impose new levies on European products.

The European Commission and the U.K. government were not immediately available for comment.

BECOME A ‘TRENDER’ AND MAKE MONEY ONLINE by signing up with  The Online Publishers “TOP” platform to become one of their trenders. By working with TOP as a trender you have the ability to make money online and take part in creating some potentially viral social media content.