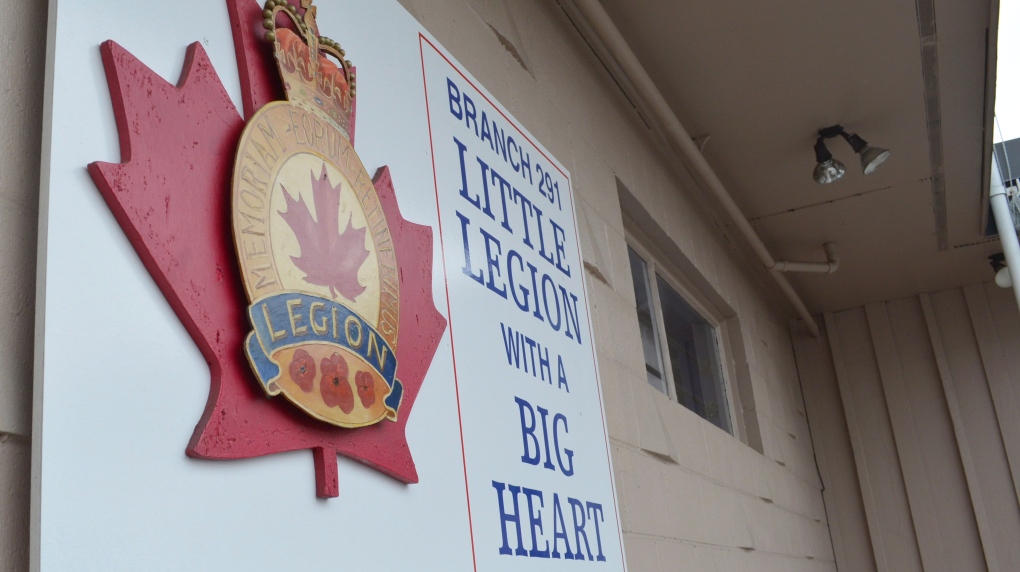 Legions across Canada could close permanently, asking feds to help

Royal Canadian Legion halls across the country have been shuttered for months due to COVID-19, and now a number of them are facing the prospect of never being able to reopen.

With most ineligible for the host of federal aid programs being offered to help keep other businesses and charitable organizations afloat, hundreds of these facilities could be forced to shut their doors forever without federal intervention.

Legions are often seen as the heart of many communities — where Remembrance Day celebrations are held and meals are made and delivered to those in need — but because the pandemic has put a pause on events, it’s cut off crucial income streams like facility rentals that allow legions to keep their doors open to veterans and others.

It’s estimated that about 124 of the 1,381 Royal Canadian Legion branches across Canada are likely to close permanently, and another 357 are facing financial hardship.

“We’re a 95-year-old organization. And in that 95 years, we have prided ourselves on being self-sufficient, we have not reached out for funding. But these are unprecedented times,” National Executive Director Steven Clark said.

The Royal Canadian Legion has written to Prime Minister Justin Trudeau’s office twice, informing him of the gaps in the current federal aid offerings, and says they have yet to receive a response. The Prime Minister’s Office disputes that claim, confirming at least one response has been sent.

A government source told CTV News a reason the legions can’t get funding is because their programs are not directly related to the fight against COVID-19, though thousands of businesses have been able to access billions of federal aid dollars to make ends meet amid the pandemic.

In an email to CTV News, spokesperson for the Office of the Minister of Families, Children and Social Development Jessica Eritou pointed to the Emergency Community Support Fund as something legions that support veterans “may” qualify for to adapt their programs, and committed to “work with organizations to ensure they have the support they need to support Canadians.”

However, that program is offered to help adapt programming in the era of COVD-19 and the Royal Canadian Legion says that it’s their understanding based on conversations with federal officials that it can’t be used to cover operational costs, which is their biggest need right now.

They are calling on the federal government to expand the program’s parameters or allow them to access some other funding option to help pay for costs like rent and utilities.

While some branches may have employees on their payroll and could be eligible for some assistance, most are volunteer-run.

“We’ve had, of our 1,381 branches 167 have applied for federal assistance programs, but unfortunately only 55 have received that funding so it’s still a very small percentage,” Clark said.

Local branches have been given some emergency reserve funding from the national headquarters, and have turned to crowdfunding initiatives but still the money is running out. While millions of dollars are donated every year through the National Poppy Campaign, this money can’t be used to cover the operational costs associated with keeping these facilities open.

While Legions have been struggling for years to attract new members, having to close due to the pandemic could prove to be the final straw for many.

The branch in Kenora says it can only last a few more months before its closure becomes permanent.

“It’s extremely dire. We were good for the short haul, but as this keeps going, and we don’t know really where the light at the tunnel is going to be, we’re just not going to be able to survive,” said President of the Kenora Legion Jerry Lava.

“We’re depleting our savings now to make sure we can maintain our expenses. We’ve mothballed pretty well everything in the branch we could,” Lava said.

In a statement to CTV News, spokesperson for Veterans Affairs Canada John Embury said that the department’s response to the pandemic “is ongoing, and we will continue to explore ways to ensure that we’re providing Canadians and our community partners with the support they need.

Branches like this are the first point of contact for veterans and offer them crucial services and support, and that’s why so many are worried about what the future holds.

“I come to the legion and I meet old friends, and the comradery. It’s a place where you come and tell your story,” said Joel VanSnick, who is the Royal Canadian Legion’s district commander for the Ottawa-area which includes 62 branches.

“Once our legions are shut down, they’re gone… Where are veterans going to go to meet?” he said.