Latest News
Home Business BP to write down up to $17.5 billion in second quarter, lowers oil price expectations to 2050 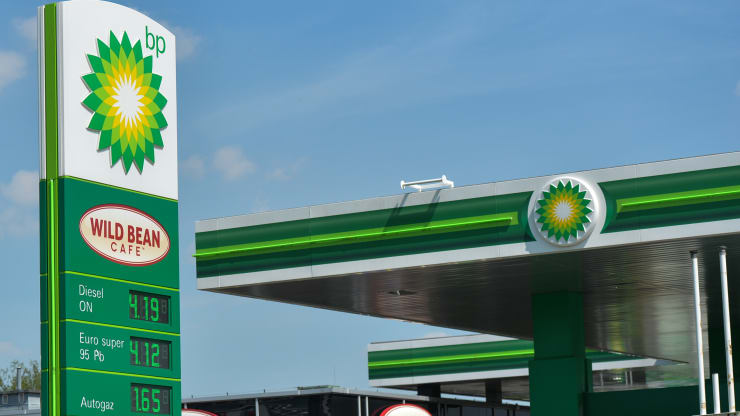 Energy giant BP announced Monday it had lowered its oil price expectations through to 2050, saying the aftermath of the coronavirus pandemic was likely to accelerate the transition to a lower carbon economy and energy system.

The U.K.-headquartered oil and gas company said it had been reviewing its portfolio and capital development plans as part of its ambition to become a net-zero company by 2050 or sooner.

It now expects international benchmark Brent crude futures to average around $55 a barrel from 2021 through to 2050, with Henry Hub gas prices forecast to average $2.90 over the same period.

Henry Hub is a natural gas pipeline located in Louisianna and serves as the official delivery location for futures contracts on the New York Mercantile Exchange.

BP’s forecasts for Brent futures and Henry Hub gas prices are down roughly 27% and 31%, respectively, when compared to those cited in the group’s annual report at the end of 2019.

As a result of its long-term strategic planning and continued focus on capital discipline, BP said it expected to incur non-cash impairment charges and write-offs in the second quarter, estimated to be in an aggregate range of $13 billion to $17.5 billion after tax.

The company said it was unable to precisely determine the impact of the revised impairment testing price assumptions on the group’s financial statements.

Instead, further information would be provided in the firm’s second-quarter results, which are expected to be released on August 4.

Shares of BP dipped around 4% during early morning deals.

Earlier this month, BP said it would cut 10,000 jobs from the current 70,100 in response to the coronavirus crisis, with the majority of those affected leaving by the end of this year.

Bernard Looney, chief executive of BP, said in a statement that the coronavirus outbreak “increasingly looks as if it will have an enduring economic impact.”

“We have reset our price outlook to reflect that impact and the likelihood of greater efforts to ‘build back better’ towards a Paris-consistent world,” Looney said.

“We are also reviewing our development plans. All that will result in a significant charge in our upcoming results, but I am confident that these difficult decisions — rooted in our net zero ambition and reaffirmed by the pandemic – will better enable us to compete through the energy transition,” he added.

In mid-February, Looney laid out a new direction for the company in a statement entitled: “Reimagining energy, reinventing BP.” It outlined the oil and gas firm’s ambition to become a net-zero company by 2050 or sooner.

BP has since doubled down on this goal. Looney told CNBC in April that there were three reasons to believe the coronavirus pandemic, which has created an unprecedented demand shock, had left the company even more committed to achieving its aims.

He explained the virus outbreak had only added to the challenge for oil outlooks in the future, and reminded people of the frailty of the ecosystem, adding that renewable stocks had become a very attractive proposition.