Latest News
Home News When will a Covid-19 vaccine be available to the public? 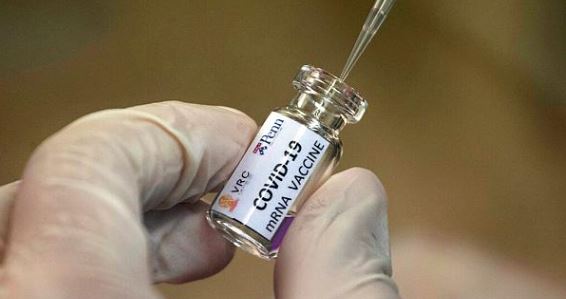 When will a Covid-19 vaccine be available to the public?

No one’s sure yet, but the target is sometime in early 2021.
Vaccines in development around the world are in various stages of testing. Dr. Anthony Fauci, director of the National Institute of Allergy and Infectious Diseases, said he’s confident one of the vaccine candidates will be proven safe and effective by the first quarter of 2021.
But it’s not clear which candidate shows the greatest promise yet.
In the meantime, the US government is helping companies such as Moderna ramp up development of their candidate vaccines so that if they’re proven to work safely, they can be rolled out quickly.
“By the beginning of 2021, we hope to have a couple of hundred million doses,” Fauci said.
Dr. Francis Collins, director of the National Institutes of Health, gave a similar forecast: “If all goes well, maybe as many as 100 million doses by early 2021” would be possible, Collins said.
But many doctors say getting an effective vaccine out by January is a highly ambitious goal.
“Everything will have to go incredibly perfectly if that’s going to happen,” said Dr. Larry Corey, an expert in virology, immunology and vaccine development.

Why does it take so long to develop a vaccine?

Vaccines have to go through multi-phase trials to make sure they’re effective and safe.
Typically, a vaccine takes eight to 10 years to develop, said Dr. Emily Erbelding, an infectious disease expert at the NIAID.
NIH chief worries “skepticism” might cause some people to skip coronavirus vaccine
Here’s how the process typically works:
First, a vaccine is usually tested in animals before humans. If the results are promising, a three-phase trial in humans will begin:
Phase 1: The vaccine is given to a small group of people to assess safety and, sometimes, immune system response. If things go well, researchers move on to:
Phase 2: This phase increases the number of participants — often into the hundreds — for a randomized trial. More members of at-risk groups are included. “In Phase II, the clinical study is expanded and vaccine is given to people who have characteristics (such as age and physical health) similar to those for whom the new vaccine is intended,” according to the Centers for Disease Control and Prevention. If the results are promising, the trial moves to:
Phase 3: This phase tests for efficacy and safety with thousands (or tens of thousands) of people. The substantially larger number of participants in this phase helps researchers learn about possible rare side effects from the vaccine.

What are the dangers of rushing the process?

History has shown that vaccines developed or distributed in a hurry can lead to unintended consequences:
— In 2017, a rushed campaign to vaccinate about 1 million children for mosquito-borne dengue in the Philippines was stopped for safety reasons. The Philippine government indicted 14 state officials in connection with the deaths of 10 vaccinated children, saying the program was launched “in haste.”
— In 1976, the US was dealing with a novel swine flu outbreak. President Gerald Ford’s administration ignored a warning from the World Health Organization and vowed to vaccinate “every man, woman and child in the United States” against the new virus. After 45 million people were vaccinated, researchers discovered a disproportionately high number of them — about 450 people — had developed Guillain-Barré syndrome, a rare disorder in which the body’s immune system attacks the nerves, leading to paralysis. At least 30 people died.
But overall, vaccines are critical to help preventing disease and death. The WHO estimates vaccines save between 2 million to 3 million lives a year.

So how do we safely speed up the process?

“No vaccine is going to be put forward unless it’s been checked out very thoroughly, both in terms of ‘Is it safe?’ and ‘Does it protect you?'” said Collins, the director of the National Institutes of Health.
Scientists are trying to find safe ways of speeding up the typical processes. For example:
— In Seattle and Atlanta, researchers planned to test animals and humans at the same time, instead of animals before humans, according to the health news website Stat.
— Some vaccines could be mass produced before the trials have even finished. “We’re going to start manufacturing doses of the vaccines way before we even know that the vaccine works,” Fauci said.
If the vaccine trials are successful, millions of doses would be ready to go — potentially saving lives immediately instead of waiting months for production to ramp up. But if the trials aren’t successful, the stockpile of pre-made vaccines could go to waste.
Fauci said one vaccine candidate, made by the biotech company Moderna in partnership with NIAID, should go into a final stage of trials by mid-summer. The plan is to manufacture doses of the vaccine before it is clear whether they work, making close to 100 million doses by November or December, Fauci said.
Scientists should have enough data by November or December to determine if the vaccine works, Fauci said.
Another vaccine candidate, made by AstraZeneca, is underway in the UK and will follow a similar schedule.

Dozens of research teams from around the world are working to develop or test coronavirus vaccines. As of early June, there were more than 120 candidate vaccines, the World Health Organization said.
Some are farther along in their trials than others. As of June 4, 10 vaccine candidates were in human trials — four in the US, five in China, and one in the UK, the WHO said.
“Because we have a number of these (trials), and they all use a different strategy, I am optimistic that at least one, maybe two, maybe three will come through looking like what we need,” Collins said.
“We want to hedge our bets by having a number of different approaches, so that it’s very likely that at least one of them — and maybe more — will work.”

Who participates in the trials?

Trial participants are typically volunteers who have not previously been infected with the virus.
Neal Browning, a network engineer in Washington state, said he volunteered because of “the pain that the world is suffering from.”
“I can see the deaths. And I feel like anybody else who was in my shoes and close to the research facility and was a healthy person, I hope, would step up and do the same thing for mankind,” he said.
Browning was one of 45 participants in the first phase of Moderna’s vaccine trial. He said the 45 participants were broken down into three groups of 15.
One group got a small, 25-microgram dose of the vaccine.
After two weeks, that group showed no major adverse effects from the vaccine. So “the second group — which got four times that, at 100 micrograms — was introduced to their dose of the vaccine,” Browning said.
After the second group showed no major problems, the third group got 10 times the dosage of the first group — 250 micrograms.
Browning said he has received two doses of the experimental vaccine and felt “completely normal” afterward.
He said the trial will likely involve a “challenge study, where people will be exposed to the actual virus, so that it’s not just academic and we can make sure that … the vaccine is actually effective.”
Browning said he didn’t tell his family he was going to volunteer for the study until the last minute, and now they think it’s “pretty cool that Dad’s doing something like this.”
“I think it’s important for them to learn that as a member of society, you need to help do whatever you can,” he said.

How much would a coronavirus vaccine cost?

This has not been firmly established. The aid group Médecins Sans Frontières — or Doctors Without Borders — has urged world leaders to demand pharmaceutical companies sell any successful Covid-19 vaccines at cost price — that is, without profit.
“Everyone seems to agree that we can’t apply business-as-usual principles here, where the highest bidders get to protect their people from this disease first while the rest of the world is left behind,” said Kate Elder, MSF senior vaccines policy adviser.
As of early June, governments and philanthropic organizations have given over $4.4 billion to pharmaceutical corporations for the research and development for Covid-19 vaccines, MSF said.

How effective or long-lasting will the vaccine be?

Not all vaccines are created equal. If you get vaccinated against polio, you’re probably protected for life. But if you get a flu shot, you might still get the flu that season (though probably with less severe symptoms). And you’ll need a different flu shot the next season.
Researchers say at this point, there’s no way to predict how effective or long-lasting a novel coronavirus vaccine would be.
But like some vaccines, multiple doses might be needed to get the desired immune response. Collins said the Phase 3 trials will reveal whether one or two injections will be necessary.

Are we sure we’ll get an effective Covid-19 vaccine?

No. While researchers are optimistic, there’s no guarantee.
“There are some viruses that we still do not have vaccines against,” said Dr. David Nabarro, a professor of global health at Imperial College London.
“We can’t make an absolute assumption that a vaccine will appear at all, or if it does appear, whether it will pass all the tests of efficacy and safety.”
And if people don’t develop long-lasting immunity against the new coronavirus, a vaccine might never work well.

What should we do if we don’t get a Covid-19 vaccine?

Nabarro said, “It’s absolutely essential that all societies everywhere get themselves into a position where they are able to defend against the coronavirus as a constant threat, and to be able to go about social life and economic activity with the virus in our midst.”

Having an account with TOP is the quickest way to start to turn things around and see if you can make money from your own photography work. For websites of photographers this one truly ranks at the top, it is a great service and platform to start selling photos to the world.