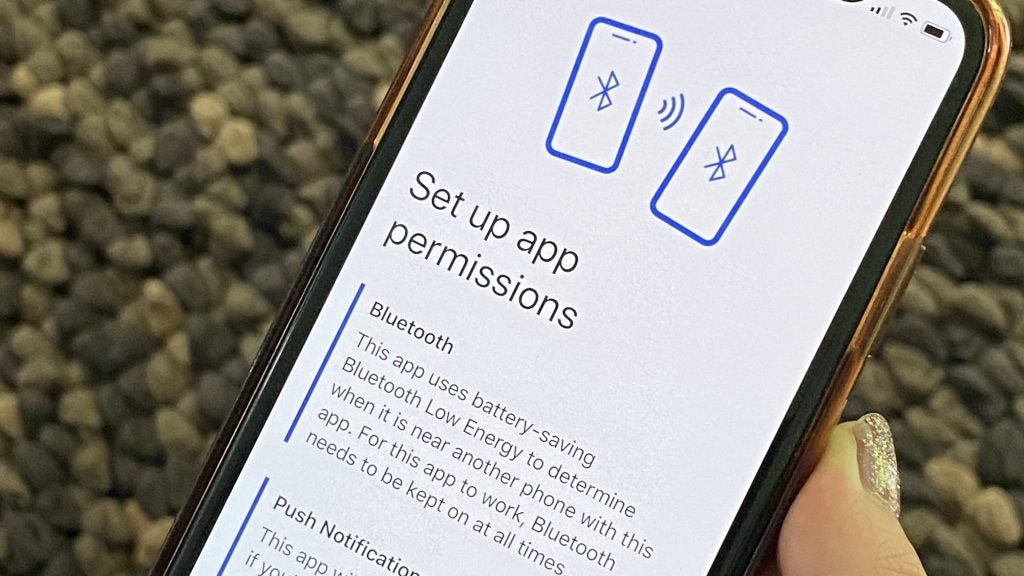 Posted By: Editorial Teamon: May 05, 2020In: NewsNo Comments
Print Email

The UK government launched its first test of a coronavirus contact tracing app this week on a small island off the south coast of England.

Using bluetooth technology, the app will alert users if they have been near someone who reports that they have symptoms of the virus or a positive test. The app, which was developed by the digital technology unit of the National Health Service (NHS), will also upload information to a central database to help public health experts study the behavior of the virus.
Apple and Google want your phone to become a coronavirus tracking device. Can it really work?
Unlike Germany, the United Kingdom has chosen not to use technology jointly developed by Google (GOOGL) and Apple (AAPL) that would only store data locally on individual devices. Instead, the anonymous user data will be encrypted and stored by the health authority in keeping with UK privacy rules.
The government hopes more than half of the 80,000 households on the Isle of Wight will download the app after its launch, senior cabinet minister Michael Gove said on Sunday.
If the test is successful, the app will be rolled out across the country later this month, he added.
Such apps can be highly effective in stopping mass infections, according to Christophe Fraser, an infectious diseases expert at Oxford University who is helping to develop the UK app and has extensively investigated outbreaks of SARS, H1N1 and Ebola. If people are alerted that they may have been exposed to the virus, they can take steps to prevent further transmission.
However, to be really be effective at stemming the virus, at least 60% of the population would need to download and use the app, Fraser told reporters last month.
The UK app asks users about their symptoms. If it determines they have enough of the symptoms of coronavirus to be a presumed case, other users that have had “risky contact” are notified and asked to self-isolate, the government said. If the sick individual then gets a test, the result can be entered into the app, which will notify those contacts whether it was a false alarm or whether they should get a test or go into quarantine.
In addition to the app, the UK government says it wants to hire 18,000 contact tracers in the next few weeks as part of its overall efforts to keep track of the virus once lockdown measures have been eased. Contact tracers will track where an infected person has been and who they may have come into contact with.
Wary Germans hate sharing their data. Will they use a Covid-19 tracking app?
The UK app is already being criticized by privacy advocates who have argued that a decentralized approach to managing the data provides greater security against bad state actors “spying” on citizens.
Keeping the data centrally located, others experts argue, protects the app systems from being overwhelmed by hacking attacks, and allows governments to better track and study the spread of the infection.
Matthew Gould, who is leading the app development for the National Health Service, told a UK parliamentary committee on Monday that by centralizing the data health authorities can get insight into important information, like which symptoms are more likely to lead to a positive diagnosis and whether there’s a difference in contagion depending on the time it takes for symptoms to develop.
“If privacy was the only thing that we were optimizing for here, then it may well be that a decentralized approach should be the default choice,” Gould said, adding that the NHS is developing the app in consultation with the UK’s Information Commissioner. “It was our view a centralized approach gave us the potential, even when not getting personal data [from app users], to get some very important data that will give serious insight into the virus that will help us.”

The ebooks library selection is an impressive one with The Online Publishers “TOP” platform and this hub offers services in multiple languages, more than 60 languages are available for different tasks and services through the platform.