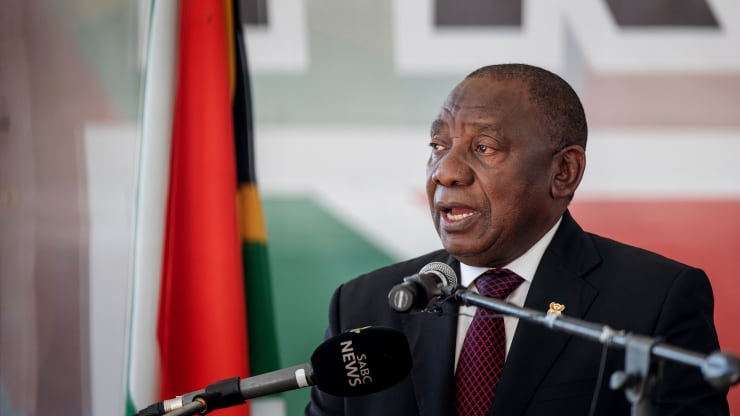 South Africa has announced a nationwide lockdown of its 56 million inhabitants for 21 days, enforced by police and the army, in a bid to curtail the spread of coronavirus.

Confirmed cases in the country currently sit at 552, the highest in Africa but much lower than other major economies across Europe and the Americas, with zero deaths recorded so far.

In an address to the nation Monday night, President Cyril Ramaphosa ordered South Africans to stay in their homes, apart from to seek medicine or medical care, buy food and supplies or collect a social grant.

Ramaphosa noted that the number of confirmed cases had increased six fold in South Africa in just eight days, and warned that “this number will continue to rise,” before another 150 cases were confirmed on Tuesday morning.

“It is clear from the development of the disease in other countries and from our own modeling that immediate, swift and extraordinary action is required if we are to prevent a human catastrophe of enormous proportions in our country,” he said.

South Africa declared a national state of disaster last week, closing schools and calling for social distancing in a bid to nip the pandemic in the bud. Ramaphosa reiterated his concern on Monday that a rapid rise in infections would stretch the country’s health services beyond their capabilities.

“The next few days are crucial. Without decisive action, the number of people infected will rapidly increase from a few hundred to tens of thousands, and within a few weeks, to hundreds of thousands,” Ramaphosa told the nation.

He said there was an added danger for a population like South Africa’s because of its high numbers of people with suppressed immunity because of HIV and tuberculosis, as well as high levels of poverty and malnutrition.

Ramaphosa highlighted that the countries which have been most successful in containing the virus have been those which have acted “swiftly and dramatically.”

The South African National Defence Force will be deployed to support police in ensuring that the measures are implemented, while a public health management program will be rolled out to increase testing, screening and medical management.

“While this measure will have a considerable impact on people’s livelihoods, on the life of our society and our economy, the human cost of delaying this action would be far, far greater,” Ramaphosa said.

President Trump on Wednesday refused to hand over documents to Congress detailing the administration’s decision to add a citizenship question to the census, claiming they were protected by executive privilege.