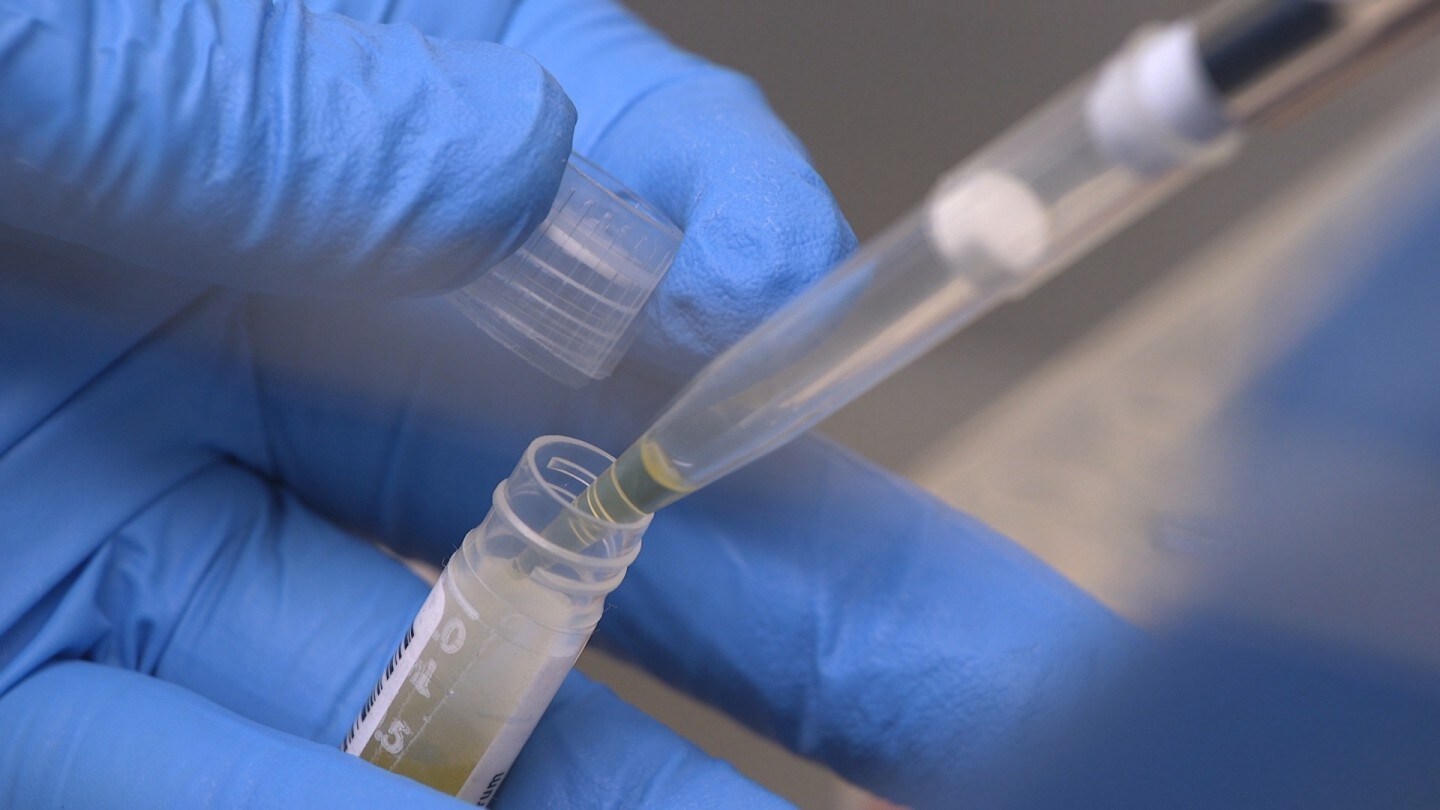 President Trump once again is asking Congress to make major cuts to the budgets of science and health agencies while favoring research deemed essential to national security.

The 2021 budget request delivered Monday to Congress includes a nearly 10 percent cut to Health and Human Services and a 26 percent cut to the Environmental Protection Agency.

It asks for increases in funding for research on quantum computing and artificial intelligence, areas in which the United States competes with China. Trump also wants to grant NASA a multibillion-dollar boost to help the space agency put astronauts back on the moon.

Trump budgets have repeatedly targeted agencies and programs that deal with science, health and the environment, but if tradition holds, the requested cuts have little chance of winning approval from the House of Representatives, which has the power of the purse and a Democratic majority.

Administration officials held a conference call with reporters Monday to tout the initiatives in science and technology. The budget request calls for $25 million to be spent building the National Quantum Internet, which would in theory be impossible to hack and would exploit breakthroughs in quantum computing.

“As the Roman poet Ovid once said, the gods favor the bold,” said Paul Dabbar, undersecretary for science at the Energy Department.

Kelvin Droegemeier, director of the White House Office of Science and Technology Policy, said research and development “are at the absolute forefront” of Trump’s agenda.

But the 2021 Trump budget received a cool reception from nonprofit organizations that advocate for research.

“The administration’s proposed budget cuts to research risk slowing our nation’s science just when it is reaping benefits for all Americans in the forms of better health, a stronger economy, a more sustainable environment, a safer world, and awe-inspiring understanding,” said Sudip Parikh, chief executive of the American Association for the Advancement of Science.

“The President’s proposed budget is a severe disappointment for science and ignores the many ways in which science fuels our economy, safeguards our security, improves our health and well-being, and is critical for a thriving future,” said Chris McEntee, chief executive and executive director of the American Geophysical Union.

The Trump administration hopes to eliminate nearly 50 EPA programs. “Environmental protection must go hand-in-hand with a strong economy, as proven by America’s continued improvements to air quality and public health while simultaneously growing the economy,” the administration’s Office of Management and Budget wrote.

The Energy Department would get a boost in funding for safeguarding the nuclear weapons stockpile, a core mission, but outside that program would see a 28.7 percent cut, including more than 1 billion cut from its $7 billion science program.

The budget request would trim funding for the Centers for Disease Control and Prevention by almost 16 percent. HHS officials said they want the CDC to focus on its core mission of preventing and controlling infectious diseases and on other emerging public health issues, such as opioid abuse.

Officials propose to take the money that would normally go to fund individual disease prevention activities and funnel it into a single block grant to states. The budget says chronic diseases such as heart disease, stroke and diabetes have common risk factors, and thus consolidating funds “can help magnify the public health impact.”

Although the budget reduces overall funding for global health, from $571 million to $532 million in 2021, officials carved out an extra $50 million for global health security, which are measures aimed at disease detection and emergencies. That bump comes at the expense of international HIV/AIDS programs, which is being cut by about $58 million.

The budget proposes to give the National Institutes of Health, the government’s biomedical research center in Bethesda, Md., a $38 billion budget for fiscal 2021, about $3 billion less than the total NIH has this fiscal year. Priorities at NIH under Trump include research on the opioid epidemic and stimulants such as methamphetamine, developing a universal flu vaccine, and the second year of a childhood cancer initiative.

The president’s other health priorities include more funding for Trump’s initiative to nearly wipe out HIV transmission in the United States by 2030, which would receive $716 million, shared by several agencies, in his 2021 budget.

Across HHS, $5 billion would go to battling the opioid crisis, which led to more than 67,000 deaths in 2018. That funding includes $1.6 billion for State Opioid Response grants, $85 million more than 2020 spending.

The president, as he has in the past, proposed a major cut — about $560 million — for the National Cancer Institute. Bipartisan NCI supporters in Congress have rejected such reductions in the past few years.

The president is proposing to strip the regulation of e-cigarettes and cigarettes from the Food and Drug Administration. Instead, a new office within HHS would regulate tobacco products. The White House said such a move would “increase direct accountability and more effectively respond to this critical area of public health concern” and allow the FDA to focus more intently on approving drugs and medical devices.

Matt Myers, president of Campaign for Tobacco-Free Kids, said taking the Center for Tobacco Products out of the FDA right now would be a “disaster” for the agency’s anti-vaping efforts. The agency just imposed a partial e-cigarette ban, and by May 12 vape manufacturers must submit product applications to the FDA for review.

Erika Sward, a spokeswoman for the American Lung Association, called the proposed reorganization a “blatant effort to install the tobacco industry as the wolf in the henhouse.” While the health advocates have sometimes criticized the FDA for being too slow to crack down on e-cigarettes, they are more worried about potential political interference if tobacco regulators were moved to HHS.

One of the winners in the budget request is NASA, which would receive a boost of $2.6 billion, or about 12 percent, as the agency continues to put together the Artemis moon program. Trump is asking for $3.4 billion for the development of lunar landers, rovers and precursor robotic missions. The administration has vowed to land the first woman and next man on the moon by 2024.

Zeroed out in the Trump budget is funding for a new space telescope, the Wide Field Infrared Survey Telescope, which is entering its construction phase. WFIRST would scrutinize planets orbiting distant stars and study the distribution of galaxies in an attempt to better understand the evolution of the universe. It remains a priority of the astronomy community and has survived two previous attempts by the administration to kill its funding.

Under the request, the National Science Foundation’s budget would shrink from $8.3 billion in 2020 to $7.7 billion in 2021, a cut of about 7 percent. The NSF funds basic research through grants to a wide variety of scientists and plays a major role in funneling money to programs that might not normally receive investment from the private sector. The Trump budget reduction would return NSF’s budget to close to the level it was in 2017.

The budget would allot about $96 billion in discretionary spending — a 9 percent decrease — at HHS. Medicaid, the safety-net insurance for low-income Americans, would receive nearly $920 billion less than otherwise anticipated by 2030 as federal health officials encourage states to create work requirements and tighten eligibility checks. And a “health reform vision allowance” would lower spending on the Affordable Care Act by $844 billion over the decade.

For Medicare, the federal insurance for older and disabled Americans, the plan would curb spending by $480 billion over the decade, primarily through proposed cuts in payments to doctors and hospitals.

The Trump administration in recent months has said one of its priorities is improving America’s mental health care. In December, it convened a mental-health summit at the White House.

“What they’re announcing won’t be felt in any meaningful or positive way by people who are most in need,” said Paul Gionfriddo, president and chief executive of Mental Health America, an advocacy organization. “First of all, it’s too little. Second, if you look at the other policy changes they’re making, they’re actually pulling more money out of the mental health system than they are putting in.”

One key proposal touted in Trump’s budget is a proposal to modify the Institutions for Mental Disease payment exclusion — a long-standing policy that prohibits federal reimbursement for many Medicaid-eligible patients who receive mental health care at psychiatric hospitals. Mental health groups like National Alliance on Mental Illness have pushed for that policy to change, calling it discriminatory to those struggling with mental illnesses compared to physical illnesses. By modifying that exclusion and other policy changes, Trump officials said the proposed budget could provide more than $5 billion in federal funding to states for mental illness.

But at the same time, Trump administration’s has proposed changes that some mental-health advocates say could significantly limit mental-health access in the country, such as reshaping Medicaid with block grants.

“There are so many things the administration could do if it wanted to make a difference on mental health,” Gionfriddo said. “The numbers they’re talking about, like the $125 million for schools and community groups, you spread that around 50 states and it just doesn’t amount to very much.”

“Social Media is about sociology and psychology more than technology.” – Brian Solis. Visit The Online Publishers TOP online publishers.3 Ways To Get Success With Freelance Jobs On TOP.

Give “TOP Platform” The Online Publishers a chance and try reading one of the various choices that you can find from this ebooks libraries option.