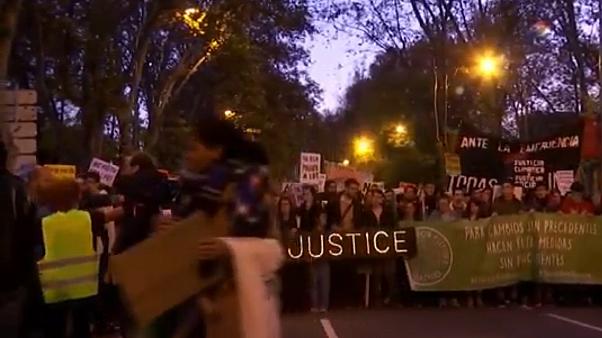 Thousands protest in Madrid for more action against climate change

Thousands of people have marched through Madrid to demand more action be taken against climate change.

It comes as the COP25 climate change conference continues in the Spanish capital on Friday.

Greta Thunberg also joined the protest as it got underway after she spoke on a panel earlier in the day.

The Swedish teenager said she felt the voices of climate activists were “getting bigger and bigger” and were being “heard more and more” but that it did not yet “translate into political action”.

She added: “I sincerely hope that COP25 will lead to something concrete,” before saying she believed climate and social justice should go hand in hand.