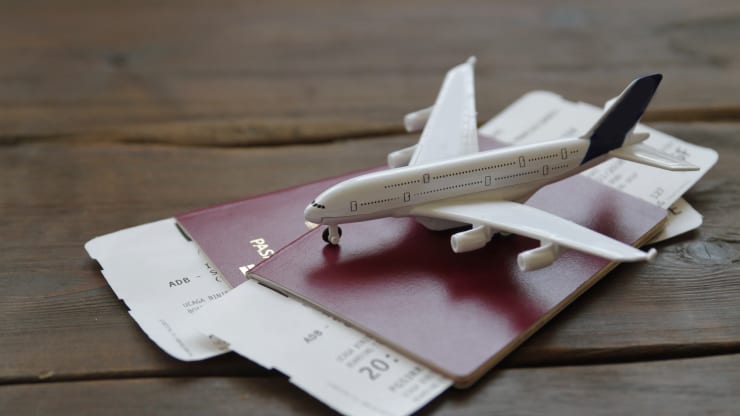 Here’s how to ditch that ‘flight shame’ guilt

Derived from the Swedish term “flygskam” where the movement originated, “flight shame” is having a notable effect on the way people think about traveling.

The concept aims to get people to stop traveling by plane in order to lower carbon emissions and has gained momentum thanks to environmental activists like Greta Thunberg, who opted to travel by boat instead of flying across the Atlantic to attend a United Nations zero emissions summit in August.

A study of over 6,000 people internationally by Swiss bank UBS, published in September, led the Swiss bank to predict that annual air traffic growth could halve as consumers became increasingly concerned by climate change.

Investment bank Citi has also warned that “flight shaming” could result in a slowdown in air travel as people look to reduce their carbon footprint.

Even musicians are getting in on the act, with Coldplay frontman Chris Martin recently saying the world famous band would not tour its latest album over concerns about sustainability.

However, if time and money constraints mean you can’t quite afford to spend 15 days at sea like Thunberg, it might be worth considering some other ways you travel more sustainably and minimize your “flight shame” guilt.

Switch to other travel

An obvious solution is to consider other “greener” modes of transport, such as train and bus.

Tomer Shalit, CEO of Swedish climate software company ClimateView, says this is a particularly virtuous alternative in Sweden, where “almost all electricity is green” and nearly all the rail tracks are electric, resulting in its trains being virtually zero-carbon.

For those conscious of time, Shalit suggests taking a sleeper train, something he often does for work to travel between his hometown of Umeå, in the north east of Sweden, and the capital of Stockholm – a nine-hour journey.

“The train departs at 9pm and arrives at 6am in both directions which means that your body is being transported to its chosen destination while you are sound asleep,” he says. “My advice would be to try it out a couple of times and if you like it, switch.”

Work out your ‘time versus distance’

Considering just how much time you’re willing to spend “on the road” is important when looking at alternatives to flying, says Andri Kristinsson, CEO of Icelandic personalized digital travel guide Travelade.

For example, if you’re planning to go away for the weekend, then you may only want to be on the road for three hours, while you may be comfortable travelling for longer on a week-long vacation, he says.

“Once you have a timeframe in mind, sit down and map out what cities or countries you could reach during that time – a ‘time versus distance’ graph, so to speak,” Kristinsson explains.

Using public transport is not only the best way to get an authentic experience of the local area but has the added bonus of reducing your carbon footprint.

Skipping a “hop on-hop off” tour bus in favor of joining a walking tour while on holiday can reduce your carbon footprint, Kristinsson points out.

“Stay in a small guesthouse or Airbnb and ask your host about what you should experience during your visit – as locals, they will be able to provide you with the best insights,” he adds.

Swapping single-use plastics for a reusable cup or bottle, a metal or bamboo straw, as well as carrying a fabric bag and even a portable water purifier while travelling, is a suggestion James Thornton, CEO of adventure travel company Intrepid Travel, makes for lowering your carbon footprint.

A report by the Centre for International Environmental Law earlier this year predicted that the production and incineration of plastic would pump more than 850 million metric tons of greenhouse gases into the atmosphere in 2019. That is the equivalent of the emissions from 189 five-hundred-megawatt coal power plants.

If you simply cannot avoid taking a flight due to long-haul travel, David Armstong, CEO of U.K.-based travel search platform HolidayPirates, recommends taking a direct flight as the biggest carbon emissions occur when a plane takes off and lands.

Equally Thornton suggests taking the time to research which airlines or travel companies have a carbon offsetting program. This is the process that compensates a portion of carbon dioxide pollution by removing an equal amount of emissions from the atmosphere.

“Remember that little box that pops up about carbon offsetting when you book your trip? Tick it,” he says.

“By paying a couple of bucks to carbon offset your flight, funds will be allocated to emission-reduction schemes, like investing in projects that reduce or remove emissions like renewable energy (wind, solar) or protect trees.”