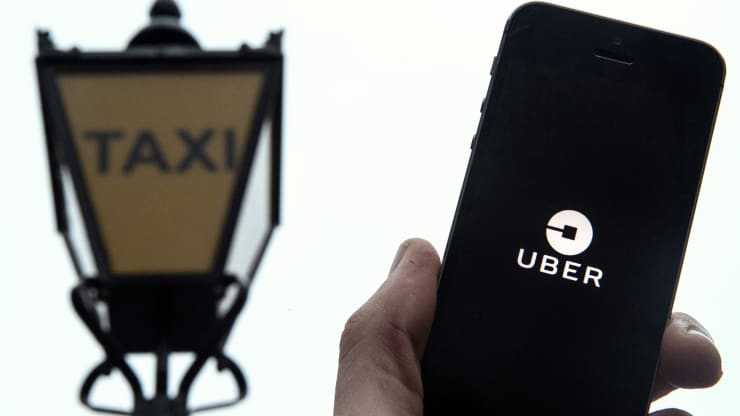 LONDON — Uber’s license to operate in London was ordered stripped Monday by the city’s transport regulator, which cited a “pattern of failures” that “placed passenger safety and security at risk.”

San Francisco-based Uber immediately said it plans to appeal Transport for London’s decision. Uber shares were down more than 4% in premarket trading Monday on the New York Stock Exchange.

Tfl had first suspended Uber’s license in 2017, flagging concerns with the company’s approach to safety. Following that initial move, Uber had twice been granted a temporary license to continue operating in the city — the first, a 15-month reprieve issued by a judge last year, and the second, a two-month permit granted by TfL in September.

“Uber has made a number of positive changes and improvements to its culture, leadership and systems in the period since the Chief Magistrate granted it a licence in June 2018,” TfL said in a statement Monday. “This includes interacting with TfL in a transparent and productive manner.”

“However, TfL has identified a pattern of failures by the company including several breaches that placed passengers and their safety at risk,” the regulator continued. “Despite addressing some of these issues, TfL does not have confidence that similar issues will not reoccur in the future, which has led it to conclude that the company is not fit and proper at this time.”

Uber now has 21 days to appeal the decision and will be allowed to operate during that time. In response to TfL’s move, the company said it intended to appeal.

“TfL’s decision not to renew Uber’s licence in London is extraordinary and wrong, and we will appeal,” Jamie Heywood, Uber’s regional general manager for Northern and Eastern Europe, said in a statement. “We have fundamentally changed our business over the last two years and are setting the standard on safety. TfL found us to be a fit and proper operator just two months ago, and we continue to go above and beyond.”

“On behalf of the 3.5 million riders and 45,000 licensed drivers who depend on Uber in London, we will continue to operate as normal and will do everything we can to work with TfL to resolve this situation.”

London is Uber’s biggest European market and a key driver of its revenues beyond the U.S. It’s faced increased competition in the U.K. capital from the likes of Estonian start-up Bolt and French rival Kapten.

In its announcement, London’s transport authority said it held issue with a change made to Uber’s identification systems that allowed unauthorized drivers to upload their photos to other Uber driver accounts. According to TfL, this allowed them to pick up riders as though they were the booked driver in at least 14,000 trips.

“This means all the journeys were uninsured and some passenger journeys took place with unlicensed drivers, one of which had previously had their licence revoked by TfL,” the regulator said.

The watchdog also claimed that dismissed or suspended Uber drivers were able to create an account and carry passengers, and added “several insurance-related issues” led the regulator to prosecute the company earlier this year.

“Over the last two months we have audited every driver in London and further strengthened our processes,” Uber said of TfL’s claims about unauthorized drivers being able to operate on its platform. “We have robust systems and checks in place to confirm the identity of drivers and will soon be introducing a new facial matching process, which we believe is a first in London taxi and private hire.”

Ahead of Monday’s announcement, Uber had made a number of safety updates to its app in an apparent attempt to allay regulatory concerns. One tool it added to its platform was a button that users could press to flag discrimination experienced on a trip, while another would send out push notifications in the event that GPS data indicates a car crash may have taken place.

London Mayor Sadiq Khan issued a statement in support of TfL’s decision: “Keeping Londoners safe is my absolute number-one priority, and TfL have identified a pattern of failure by Uber that has directly put passengers’ safety at risk.”

He added: “There is undoubtedly a place for innovative companies in London — in fact we are home to some of the best in the world. But it is essential that companies play by the rules to keep their customers safe.”

But labor union IWGB slammed the move, calling it a “hammer blow” to Uber’s drivers. “We are asking for an urgent meeting with the Mayor to discuss what mitigation plan can now be put in place to protect Uber drivers,” said James Farrar, chair of the union’s private hire drivers branch.

Nothing will change for passengers and drivers who the use the Uber app for the time being, as the company has made clear it intends to appeal the decision. But the ban nevertheless represents a huge blow to the ride-sharing firm, which has worked to improve its reputation as a friend rather than foe to regulators under current CEO Dara Khosrowshahi.

In a tweet Monday, Khosrowshahi hit back at the regulator’s decision to bar Uber from operating in London.

“We understand we’re held to a high bar, as we should be,” he said. “But this TfL decision is just wrong. Over the last 2 years we have fundamentally changed how we operate in London. We have come very far — and we will keep going, for the millions of drivers and riders who rely on us.”

How To Find The Right Influencer

Where to Find The Best Quality Translation Services.

4 Great Benefits To Advertising With TOP.