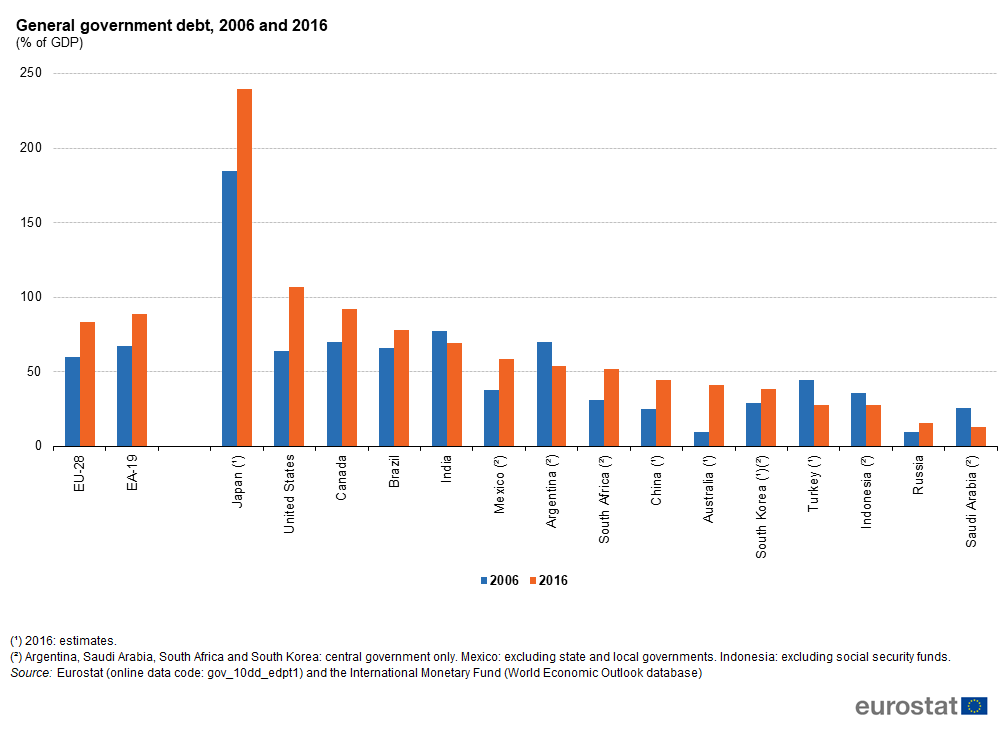 European economy to grow at its lowest rate since 2013, IMF says

Europe’s real GDP (gross domestic product) for the year is projected to grow at its lowest rate since 2013, according to the International Monetary Fund (IMF).

In its latest Regional Economic Outlook report, the IMF suggests that real GDP across the continent will moderate to 1.4%, down from 2.3% in 2018, before rebounding to 1.8% in 2020.

Euro zone GDP grew 0.2% quarter-on-quarter in the three months to the end of September, the same pace as the previous period. Compared with the same quarter in 2018, the euro area grew 1.1%, its weakest annual growth rate since the fourth quarter of 2013. In March, the European Central Bank downgraded its 2019 GDP forecast to 1.1% from 1.7%.

In the continent’s most advanced economies, the recovery is expected to be more modest, climbing from 1.3% in 2019 to 1.5% in 2020 on the back of a projected rise in global demand, though the IMF said the prospects for a recovery in global trade are not as strong as six months ago.

The same forces driving weakness in manufacturing and trade for advanced Europe are likely to continue, the Washington-based organization predicted.

“Asia’s capital expenditure and consumer durables slowdown will likely continue to weigh on Europe’s exports and growth as the region is a large exporter of capital goods and transport equipment,” the report stated.

“Solid demand growth in the United States—a large trading partner for many European countries—has been a mitigating factor, but US growth is expected to ease from its strong pace.”

The automotive sector may continue to weigh on growth, with signs of saturation and China, tightening of emission standards and consumer sentiment shifting toward electric vehicles, the report states. This would have a particularly negative impact for the likes of Germany and Slovakia.

The industry and trade slowdown, combined with trade and Brexit-related uncertainty, has begun to impact fixed investment in several countries, the IMF highlighted, with investors jittery over geopolitical headwinds.

Despite this, private consumption and the services sector across the continent have remained resilient, aided by strong labor markets which have helped offset some of the weakness caused by the turbulent external environment.

However, the report concluded that Europe’s manufacturing and trade have weakened considerably.

“Some signs of softness in domestic demand, particularly in investment, have appeared. Services and consumption have been resilient so far, but the extent of their continued resilience will depend on developments in labor markets,” the report stated.

While the headline figures are broadly in line with the IMF’s World Economic Outlook in April, there are large underlying differences and revisions across country groups.

Advanced European projections have been downgraded by 0.1 percentage point in both 2019 and 2020, with larger revisions in manufacturing-heavy economies such as Germany, while the expected growth in emerging Europe has been revised up by 0.5 and 0.2 percentage points respectively.

“In Turkey, the large upward growth revisions reflect better-than-expected outturn in the first half of the year,” the report explained.

The country suffered a recession this year, but has returned to growth on the back of expansionary fiscal policy, credit expansion from state-owned banks and a loosening of monetary policy.

Meanwhile growth in Russia is set to jump from 1.1% in 2019 to 1.9% in 2020 so long as planned national projects are implemented successfully.

Growth in other emerging European economies is forecast to moderate to 3.7% and 3.1% in 2019 and 2020 respectively, owing to spillovers from the slowdown in more advanced economies on the continent and growth naturally contracting to sustainable levels after exceeding capacity.

How to Attract Foreign Direct Investments (FDI) In a Country?

How to Design an Online Banner for Advertising.

Why Go With TOP For Any Translation Services.

3 Reasons To Go With TOP For Any Online Translation of Documents.