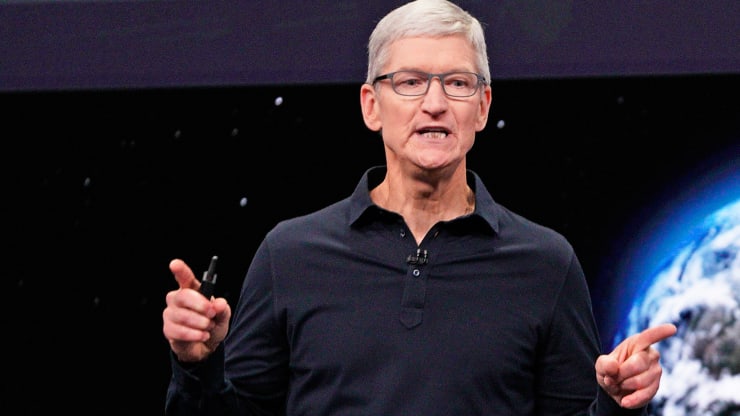 Apple will give $2.5 billion to address the affordable housing crisis in Silicon Valley

Apple said Monday it will contribute $2.5 billion to try and alleviate California’s housing crisis, raising the bar for tech companies to commit to the communities in which they reside.

“Before the world knew the name Silicon Valley, and long before we carried technology in our pockets, Apple called this region home, and we feel a profound civic responsibility to ensure it remains a vibrant place where people can live, have a family and contribute to the community,” said Tim Cook, Apple’s CEO in a blog post Monday. “Affordable housing means stability and dignity, opportunity and pride. When these things fall out of reach for too many, we know the course we are on is unsustainable, and Apple is committed to being part of the solution.”

The announcement comes as Silicon Valley communities put more pressure on tech companies who have rapidly expanded in the Bay Area and contributed to the displacement of local residents who can’t afford skyrocketing housing prices. The announcement follows housing commitments from other tech giants like Google, which announced in July it would be giving $1 billion for affordable housing in the Bay Area. Facebook made a similar $1 billion pledge in October.

For Apple, which has been notoriously non-committal to its surrounding community in Cupertino, California, this represents a large and surprising sum. Apple has long been the largest employer in Silicon Valley and it opened its large, brand new headquarters, Apple Park, in Cupertino in 2017. Now, Google is developing an 80-acre campus down the road in San Jose.

Cook noted in the blog post that nearly 30,000 people left San Francisco between the months of April and June this year, bringing Bay Area home ownership to a seven-year low. He said that teachers, firefighters and service workers are increasingly having to make the “difficult choice to leave behind the community they have long called home.”

Sell Photos In One Photos Gallery Through TOP.

Easier For Writers To Earn With TOP Platform

Why TOP Is Your Best Shot For Online Reputation Repair.

3 Reasons To Register To Review With TOP.

One Step To Getting Great Online Reviews.

4 Reasons to Go With TOP When Searching For Translation Service Help.