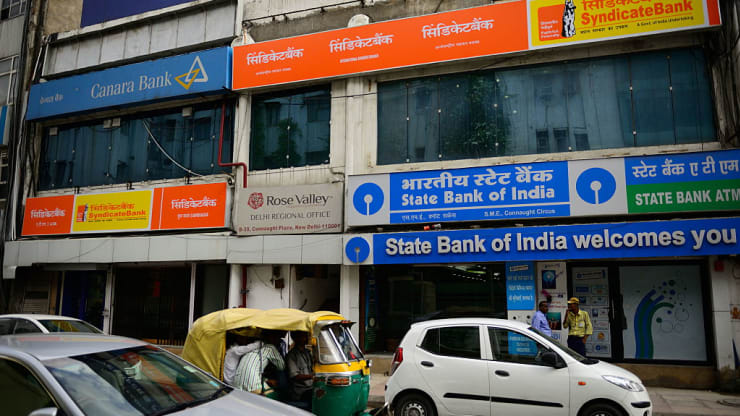 India’s central bank on Friday cut its benchmark repurchase rate for the fifth consecutive time this year as it continues a concerted push to reinvigorate a stuttering economy.

The Reserve Bank of India (RBI) lowered the repo rate by 25 basis points to 5.15% with five members of its Monetary Policy Committee voting in favor, versus one who backed a 40 basis point cut.

The decision came against a backdrop of weaker growth, a resurgence of financial stability risks and a surprise fiscal stimulus in the form of a recent corporate tax cut.

More aggressive policy moves are expected, however, with the economy having deteriorated for five consecutive quarters, most recently hitting a six-year low of 5% in the second-quarter of 2019. India was overtaken by China in May as the world’s fastest-growing major economy, according to IMF data.

Consumer Price Inflation stands at 3.2%, against the RBI’s mid-point target of 4%. The inflation projections from the RBI on Friday were broadly unchanged.

India’s BSE Sensex index ended the session 433 points lower on Friday following the reduction of the 2020 full-year GDP growth target from 6.9% to 6.1%. The broader Nifty50 index shed 139 points, leaving both indexes down 3% for the week.

In a note Friday, ANZ Chief Economist for Southeast Asia and India, Sanjay Mathur, highlighted that RBI Governor Shaktikanta Das was keeping policy space open to address growth concerns by reinvigorating domestic demand, and retained the projection of a further 50 basis points in cuts from here on out.

Das has said the government has limited fiscal space to provide a growth stimulus, but Finance Minister Nirmala Sitharaman subsequently announced a substantial corporate tax cut last month that she estimate will result in 1.45 trillion rupees ($20.4 billion) in lost revenue.

While the MPC statement on Friday did not raise concerns about fiscal slippage resulting from the tax cuts, Das said that for now, it will take the government’s promise of meeting the fiscal deficit for 2020 as a given.

Contrary to ANZ projections, Varma anticipates that with 135 basis points in rate cuts already delivered and marginal returns from each cut diminishing, the easing cycle is close to its end, with a final 15 basis point cut expected in December.

A host of factors have contributed to India’s economic slowdown, but the frailty of its banking system is often cited as a core contributor.

Nomura analysts suggested that given the weaker-than-expected growth outlook, a “front-loaded” policy action would have been the correct approach, enabling banks to sharply lower their lending rates ahead of the festive season.

The RBI has mandated that banks link their rates to an external benchmark, such as the central bank’s repo rate.

“One possible reason for this constraint is the health of India’s banking and financial sectors, which remains weak,” said Shumita Deveshwar, director of India research at TS Lombard.

“A shrinking savings rate and a large public sector borrowing requirement are keeping borrowing costs for banks elevated, and many banks are still dealing with relatively large amounts of bad debt on their books.”

The problems with bank governance have led to a credit slowdown which has exacerbated the wider economic headwinds, Deveshwar said in a note Monday.

“Under-reporting of bad loans evidently continues to be a risk despite the RBI’s actions over the past few years to make the balance sheets of banks more transparent and to stop ever-greening of loans,” she added.

5 Reasons To Go With TOP for All Online Reputation Repair.

4 Benefits To Partnering With TOP Platform For Translation Services Work.

3 Simple Benefits for Advertisers to Registering with TOP.