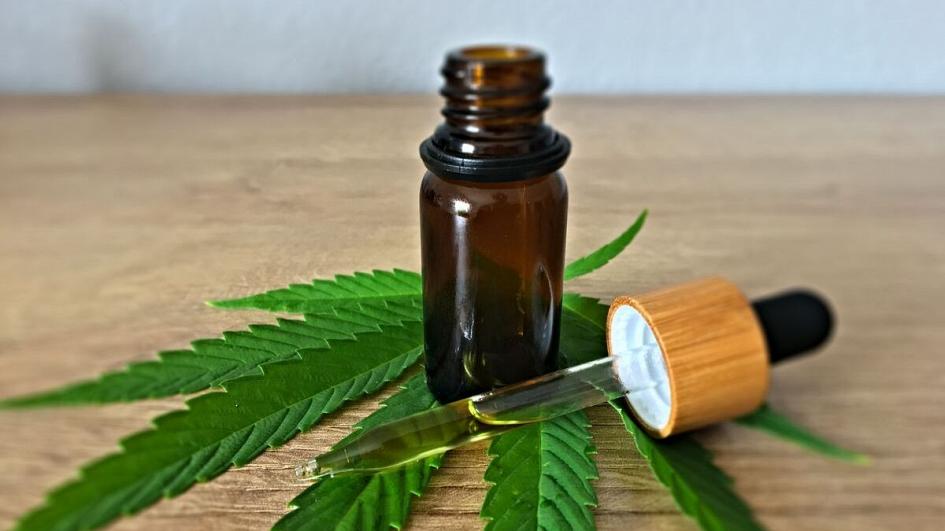 CBD is the buzzword of 2019, and no, we’re not talking about the Christian Book Distributors who had to change their name in July due to confusion over their acronym. Otherwise known as Cannabidiol, CBD oil is an active ingredient found in hemp, a certain strain of the Cannabis sativa plant.

CBD is known for its healing properties, having entered the mainstream of late as a proposed panacea to pain for various ailments like arthritis, diabetes and nausea caused by chemotherapy. This is partly due to pre-clinical trials suggesting the oil may have anti-inflammatory properties, although the vast amount of research has only been conducted so far on animals due to CBD’s contested legal status. Many also swear by CBD in helping to moderate mental health conditions such as anxiety, depression and insomnia.

Does CBD come from the marijuana plant?

In short, no. The Cannabis family is better known for the marijuana plant, but it’s a mere cousin of hemp. The marijuana plant is manipulated most commonly for its ingredient THC (tetrahydrocannabinol) which has psychoactive properties. The CBD ingredient however, deriving from hemp, does not cause a ‘high’ in the same way. According to the World Health Organisation, “CBD exhibits no effects indicative of any abuse or dependence potential” in humans and there is “no evidence of public health related problems associated with the use of pure CBD.” Instead, CBD has been praised anecdotally as a “miracle cure” for both pain and stress relief.

It is perhaps no surprise that this alleged “wonder drug” originates from hemp, as the plant has been used by humans for centuries, for numerous different functions. It is used in many commercial and industrial products including rope, textiles, clothing and shoes. Hemp oil is also used in food and beauty products, hailing from the seeds of the plant. CBD oil is extracted from the stalk, stems, leaves and flowers.

Does it actually work?

While a plethora of online testimonies claim that CBD tinctures and topical creams have been beneficial to their health, easing aches and pains and calming nerves, the jury is still out. In-depth research and tests have not been sufficiently carried out to reach a reliable conclusion as of yet, due to the disputed legal status of the oil in different countries. However, this is not to be confused with the legalisation of medical marijuana, which is a much more divisive issue worldwide. The controversy surrounding marijuana comes from the fact that it contains THC, known to produce psychotropic effects.

CBD oil is legal in a vast array of countries nowadays. Therefore, despite some previous confusion, it would not show up on a drug test as it is not an illegal substance. Countries with legalisation include the United States, Argentina, Belgium, Bulgaria, Canada, Colombia, Denmark, Germany, Netherlands, Sweden, Uruguay and the United Kingdom.

In the UK, while almost all cannabinoids are controlled substances under the Misuse of Drugs Act 1971, CBD is not. Bulgaria was the first in Europe and the United Kingdom is also leading the way, having just started selling CBD products en masse in popular health chain Holland & Barrett. The products must have less than 0.2% of THC in them in order to be sold, according to the Home Office. In other words, CBD products are allowed to contain miniscule traces of THC, but not so much that it is noticeable by users.

Speaking to founder of Grass & Co. Tom Grass, who stocks the “highest quality, organic” CBD, blending it with botanical ingredients, we asked him what his customers reported after using the products.

“Now lots of people with arthritis/osteoporosis rave about the products”, Tom told Euronews Living, explaining that many people are living with chronic pain and are “desperate, often taking heavy painkillers which are addictive.”

Tom concluded that much of CBD’s popularity comes from “its potential to help wean users off existing NSAID’s like Ibuprofen (which damage the gut wall when swallowed) and more powerful pseudo-opiates like Tramadol and Vicodin.”

Jeff Jones is the founder of CBD health platform Nabino and wants to remove the stigma around full spectrum cannabinoids, making them a part of our daily routine. Jeff told Euronews Living, “hemp is truly the world’s greatest superplant” with an “amazing array of medical and wellness compounds.” He also maintains that “microdosing THC is an incredibly potent wellness solution, particularly in combinations with the family of cannabinoids.”

How sustainable is cultivating CBD?

Perhaps the most unanimously agreed upon fact about CBD is that is extremely sustainable to grow. Growing hemp can be hugely beneficial to farmers as it takes up relatively little space and cultivates prolifically with little water.

The dense canopy of leaves also eradicates the need for pesticides and herbicides, meaning there is much less soil toxicity. Hemp roots prevent soil erosion and in fact cleanse the surrounding area by extracting “pollutants and heavy metals from the soil,” Jeff Jones tells us.

Hemp oil deriving from the seeds of the plant can also be used for cooking and provides protein powder, so virtually none of the plant is wasted. What’s more, industrial hemp absorbs a vast amount of CO2, when compared with any other commercial crop. According to one report carried out in Australia, industrial hemp is considered as a crop that can “contribute significantly” to the government’s aim to “reduce global atmospheric Carbon Dioxide.”

Is CBD just a scam?

Ever since the herbal supplement boom in the US, a $49 billion-a-year industry in motion since 2010, CBD sales have increased exponentially. Combine this with a surge in anxiety levels across America and you have a thriving industry. As such, many are critical as to the benefits of CBD, especially given the lack of clinical evidence and the glorified language surrounding it.

As of recently, the mainstream media is speculating as to whether the benefits of CBD are “overstated” and one Opinion Piece in The Guardian called CBD a “scam” in which consumers are being “conned”. Alongside the lack of research available, much of the criticism is down to the fact that CBD is now advertised as being in a whole host of products where exact amounts, quality and sourcing are not transparent. For example, you may have seen CBD infused coffees at your local, hipster café, CBD bath bombs and even sexual lubricants.

Andres Tomlin, European senior technology manager at CBD brand Elixinol, tells Euronews Living that where CBD comes from is hard to prove, as it is not yet properly regulated. This means that consumers are often being sold “unpure, low quality, unorganic CBD”, the equivalent to “buying orange juice from concentrate, as opposed to freshly squeezed orange juice.”

If looking to buy good quality CBD products, Tomlin says, you must look for organic, “full spectrum” CBD oil, which will offer a whole range of beneficial cannabinoids. For instance CBDA, CBG and CBC, rather than simply CBD “isolate” on its own, which is less beneficial and lower quality.

While the evidence is certainly not conclusive surrounding CBD oil, a quick internet search will lead you to numerous testimonial accounts alleging that the oil has helped with anxiety, acne and even menstrual pain, leading to brands such as Ohne releasing period pain easing CBD oil. The anecdotes may be subjective, but the internet is flooded with them, from glowing Amazon reviews to ‘CBD Oil Success Stories’ Facebook groups counting hundreds of thousands of members. More scientific engagement is crucial, but going by the rate of legalisation across the globe, it seems CBD may soon be the future of sustainable, natural health.

The Online Publishers ‘TOP‘ is a pioneer in online lobbying and international campaign services.

TOP Helps You Earn Money As A Social Media Influencer From Home.

Where To Start For Trying To Make Money Online As A Trender.

THE ROLE OF SOCIAL MEDIA IN ONLINE LOBBYING.

3 Steps To Make Money Online With Writing For TOP.

One Main Reason To Go With TOP For Your Translation Platform.