Latest News
Home News ‘Thanks, but no thanks’: Brazil rejects Amazon wildfire cash 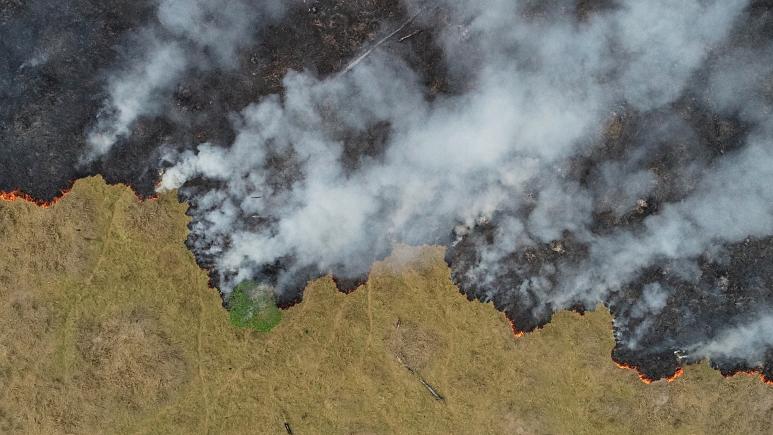 ‘Thanks, but no thanks’: Brazil rejects Amazon wildfire cash

Brazil’s government has told G7 leaders that it will reject the $20 million (€17.9 million) pledged to combat the fires that are currently raging in the Amazon.

The chief of staff to President Jair Bolsonaro, Onyx Lorenzoni, told Brazilian media that rather than send the money to Brazil, the resources should be used to “reforest Europe”.

He went on to accuse French President Emmanuel Macron of failing to tackle the blaze that hit the Notre-Dame cathedral in Paris in August.

The money was pledged on the final day of the G7 in Biarritz, which brought together the leaders of the world’s industrialised nations, Canada, Japan, the U.S., France, Germany, the UK and Italy.

Macron said that the cash could be used to pay for planes to put out the fires and that France could also provide military support.

Bolsonaro has openly rejected the greater enforcement of environmental regulations in the Amazon, and pledged to increase development in the region. Data from Brazil’s space agency suggests that deforestation has increased by 90% over the past 12 months.

He has also slashed funding for Brazilian environmental protection agency IBAMA by 95%.

Speaking to Euronews on Monday, experts blamed the increase in deforestation for the fires raging in the Amazon and argued that extinguishing them was less important than preventing more fires from starting.

“Where the Internet is about availability of information, blogging is about making information creation available to anyone.” – George Siemens – Subscribe with TOP online bloggers to offer your services as a blogger.

4 Ways TOP Can Help You With Your Online Lobbying Goals.