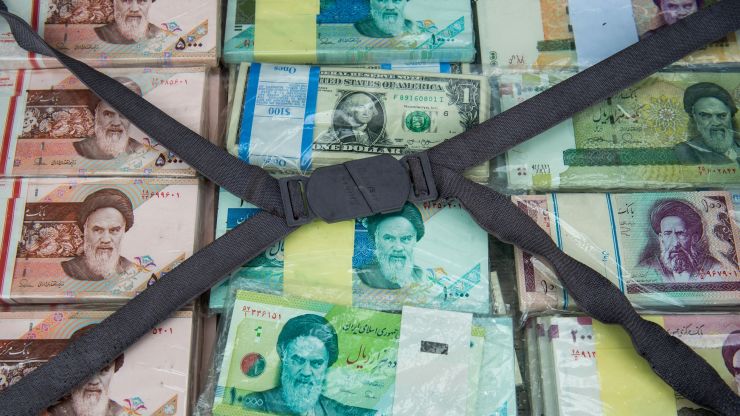 Iran looks to slash four zeroes from its spiraling currency

Iran is moving to dramatically devalue its currency amid climbing inflation for the country gripped by punitive U.S. sanctions.

Iranian President Hassan Rouhani sent a bill to Parliament Wednesday that would slash four zeroes from the rial, which has reportedly lost some 60% of its value since President Donald Trump withdrew from the Iranian nuclear deal in May of last year. Already in April of 2018, the rial was at its lowest rate against the dollar in 35 years.

The government move would essentially create a new currency called the ‘toman,’ whose name was last officially used in the 1930s and is currently used to mean 10 rials. Iranians already use the term when expressing amounts of cash in 10-rial denominations.

Officials have not released details on the timeline or cost of this prospective change.

Iran’s economy has been battered by wide-ranging U.S. sanctions, particularly those placed on its oil sector last November. Unemployment is climbing and inflation is projected to reach an eye-watering 60 percent this year.

Enacted in 2015 under the Obama administration along with European powers, Russia, and China, the deal had removed a number of financial sanctions on the country in exchange for limits to its nuclear program.

Since the U.S. pullout, the deal has all but collapsed. Iran has rolled back a number of its commitments concerning uranium enrichment and stockpiling, steps involved in approaching nuclear bomb-making capability, and tensions between Washington and Tehran have skyrocketed, raising fears of inadvertent conflict.

“As a freelancer your biggest advantage is that you only need a handful of clients to succeed. Most companies need to find thousands of customers. You only need to find one at a time.” – Robert Williams – Start freelancing by subscribing to THE ONLINE PUBLISHERS TOP online marketers to get worldwide exposure in the digital marketing and publishing industry.

5 Great Services You Can Find With TOP Platform.

The True Benefits of Online Reviews.