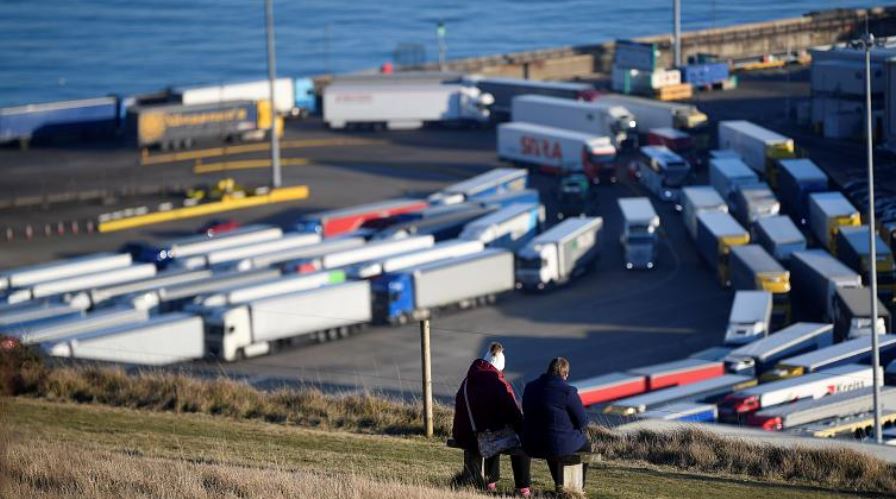 No-deal Brexit impact would ‘ripple on for years’, reports warn

The day after the British government signalled a ramping-up of preparations to leave the European Union without an agreement, two reports have called into question the readiness for a no-deal Brexit.

The employers’ organisation the Confederation for British Industry (CBI) says that after analysing plans by the UK government, the EU Commission and member states, as well as businesses, it “has concluded that no one is ready for no deal”.

Meanwhile the Institute for Government warns that a no-deal Brexit will not be a “clean break” from the EU but will “dominate government for years to come”.

On Sunday the minister responsible for no-deal planning, Michael Gove, wrote that the government was now working on the assumption that the EU would not renegotiate its Brexit deal – which meant that the UK had to be ready to leave without one.

“Planning for no-deal is now this government’s no.1 priority,” Gove said, adding that “every penny needed” for preparations would be made available. Finance minister Sajid Javid has also said he would soon announce “significant extra funding” for no-deal planning.

The CBI examined no-deal preparations in 27 key areas of the economy. Its Director General Carolyn Fairbairn concludes that “disruption is likely in 24 of those areas immediately after no deal”.

Arguing that governments, institutions and businesses on both sides of the English Channel must take responsibility, the organisation puts forward 200 recommendations for improving no-deal contingency measures.

These vary from updating advice for businesses and helping small firms in the UK, to a call for the EU to match the UK’s “sensible temporary mitigations” in areas from data to customs.

‘No such thing as a managed no-deal’

The CBI warns, however, that whatever the preparations, “there is no such thing as a no deal without negative consequences for jobs and growth”. The “short-term shock will be severe”, it says, while “the effects of no deal would ripple on for years”.

This last point is also emphasised by the Institute for Government in its report. “The UK would still need a deal with the EU on future trade, but that would be more complex and harder to agree,” the think-tank argues.

Calling on the government to “accept there is no such thing as a ‘managed no deal’, it warns that the impact of a no-deal Brexit will drain resources, jeopardising the administration’s domestic agenda.

Legislation will be needed to introduce direct rule in Northern Ireland with immediate effect from October 31 if the Executive has not been restored, the institute says. Northern Ireland has been without a devolved government since 2017.

In a no-deal scenario, legal arrangements covering many aspects of everyday life would abruptly cease to apply. It would also bring a significant change in the trading relationship between the UK and the EU.

The UK government under Theresa May published a series of papers advising citizens and businesses on the consequences and how to prepare for no-deal. In March the European Commission said it had completed its no-deal preparations, having released its Contingency Action Plan for Brexit in December.

The UK’s membership of the EU was extended until the autumn earlier this year amid an impasse in the British parliament. The withdrawal agreement negotiated by London and Brussels and approved by the other 27 EU governments was rejected three times by MPs at Westminster.

The delay cost former prime minister Theresa May her job. Her successor Boris Johnson has adopted a combative stance, vowing to take the UK out of the EU “no ifs, no buts” at the end of October.

“The whole point of taking pictures is so that you don’t have to explain things with words.

Top 3 Reasons to Sell Your Photos to Thousands of Clients Online.

How Does Online Banner Advertising Work?. To know more >> Theinternationalcampaigner.com

EVERYTHING BUSINESSES NEED TO KNOW ABOUT FOREIGN DIRECT INVESTMENTS.

Benefits of Foreign direct investment to the recipient country.

An Opportunity With TOP Ebooks Library To Start Earning

Why You Should Trust TOP For All Reputation Management Needs.

4 Main Reasons To Do Online Reviewer Work With TOP.

4 Reasons To Go With TOP For Content Creation Services