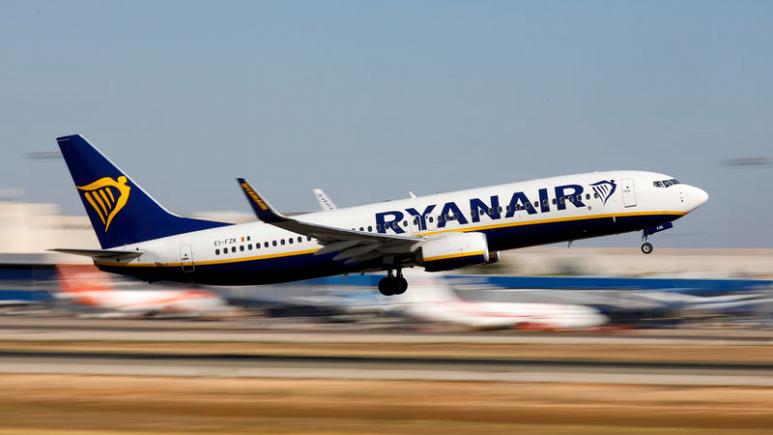 The boss of Europe’s Ryanair Holdings warned on Wednesday the impact of the prolonged grounding of Boeing Co’s 737 MAX on the airline’s growth plans may start to spill over to next summer if the airplane is not flying again by November.

Europe’s largest budget carrier needs up to eight months to take delivery of some 50 newly built planes left at the factory by the grounding crisis, so it may have to trim its capacity growth plans for summer 2020 if 737 MAX flights have not resumed by November, Chief Executive Michael O’Leary told Reuters.

“Boeing are telling us at the moment they expect to be back flying by the end of September,” O’Leary said in an interview on the sidelines of a meeting of the European airlines lobby A4E, which he also chairs.

“I think it will fly before the end of this year. I am not sure they will meet the end of September date, but I take comfort from the fact that it seems that now the American, European, Brazilian and Canadian regulators are working together,” he added.

In May, O’Leary predicted a return to service by July but the U.S. Federal Aviation Administration has since reported a new potential safety risk that it says must be addressed first.

“We are continuing to engage with global regulators and providing information to them as we work towards the safe return to service for the MAX,” a Boeing spokesman said by email.

Boeing’s top-selling jet was grounded in March in the wake of crashes in Ethiopia and Indonesia which killed 346 people. The planemaker is working on a software fix that people familiar with the matter have said Boeing hopes to present to regulators in September.

“The challenge for us is that we need to see the plane back flying by the end of September, October, November at the latest, so as not to disrupt our growth for the summer of 2020,” O’Leary said.

Ryanair can take delivery of no more than six to eight planes a month because of the complexity of the delivery process and the availability of trained MAX pilots.

‘Pressure’ on Boeing after IAG deal

O’Leary also responded to a surprise move by British Airways owner IAG to buy 200 MAX jets at what analysts say must have been very attractive prices as the grounding drags on.

He described the preliminary order, which gave the 737 MAX a boost at last month’s Paris Airshow, as a “great move” by IAG Chief Executive Willie Walsh, even though at this stage the deal is only a letter of intent (LOI).

Ryanair benefits from a clause in its contract guaranteeing it lower prices than its competitors, echoing a similar arrangement for Southwest in the United States, analysts say.

Asked whether Ryanair could take advantage of the IAG deal to expand its order for 135 MAX on even better terms, O’Leary said any new deal would be unlikely during the grounding but could be up for discussion once the jet was back in service.

“You could do that in September or October this year when the aircraft is back flying. We will stick close to Boeing on it and we are also talking to Airbus about the possibility of aircraft for Laudamotion.”

O’Leary told Reuters in March, shortly before the second crash that triggered a worldwide grounding of the 737 MAX 8 and 9 models, that Ryanair was interested in Boeing’s larger 737 MAX 10 “at the right price” as well as at least 100 Airbus A321 for recently acquired Austrian unit Laudamotion.

O’Leary said in May Ryanair was also talking to Boeing about compensation for the grounding, but that it had to be determined whether this would be paid in cash or as lower aircraft prices.

How Social Media Stars Can Get to the TOP. To know more >> Theinternationalcampaigner.com

Sell Photos In One Photos Gallery Through TOP.

The strangest and most alarming things in WeWork’s IPO filing.

US trade deficit narrows less than expected to $54 billion