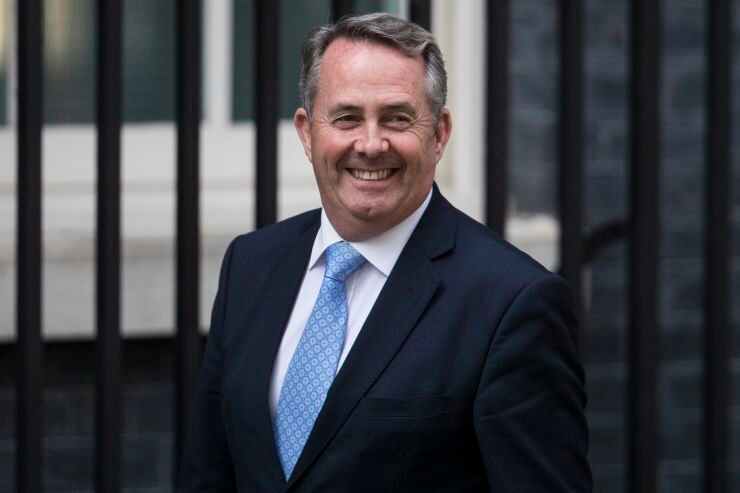 The real threat to Britain is a hard-left government, UK trade minister warns

The Conservative Party must unite under its next leader — whoever that may be — in order to avoid the “threat” of a “hard-left” government led by the Labour party, the U.K.’s international trade minister told CNBC Thursday.
“We’ll have to come together (as a party) because the real threat to the United Kingdom’s security and prosperity is a hard-left government led by (Labour leader) Jeremy Corbyn — that we must avoid at all costs and that means working together and sticking together as a party,” Liam Fox, the U.K.’s secretary of state for international trade, told CNBC’s Dan Murphy in Dubai.

After years of former leader Tony Blair pushing the Labour party into the center ground, the veteran politician Corbyn took the reins in 2015 and he’s known for being an out-an-out socialist — toward the very left of his party. Fox’s comments come against a backdrop of political change and uncertainty back in the U.K. as the ruling Conservative Party seeks a new leader and prime minister.
Theresa May stepped down as party leader of the ruling Conservative Party in early June and a leadership race is now down to the final candidates — current Foreign Secretary Jeremy Hunt and former Foreign Secretary Boris Johnson. The wider party membership (reportedly of around 160,000 members) will now vote for their preferred candidate in a postal ballot and the result is expected to be announced on July 23.

Fox is backing Hunt’s leadership bid but answered “yes” when he was asked if he would be willing to work with Johnson if he became prime minister, as leadership polls currently suggest.
“My message to all my colleagues is that we avoid external coalitions by maintaining an internal coalition … It’s a ‘yes’ because we have a democratic process (in electing a new leader) and we have to accept the outcome of that democratic process,” Fox told CNBC in Dubai where he is marking the U.K.’s participation in the forthcoming Expo 2020 Dubai summit.
Fox said he backed Hunt because of his support for the armed forces (Fox was former defense secretary and Hunt has pledged to boost defense spending) and because of Hunt’s background as an entrepreneur before he entered politics.

The leadership race has largely focused on Brexit and how each candidate would proceed with leaving the EU given the October 31 deadline, especially as the U.K. Parliament has rejected the deal on offer three times.
A tussle has now broken out in the party, and between the candidates, over what is more important — leaving the bloc by the deadline or leaving with a deal. The EU has said it will not renegotiate further on the deal it struck with May at the end of last year.
Johnson has said that the U.K. must leave the EU by the October deadline come what may. He was criticized by Fox this week for claiming that the U.K. could use world trade rules to continue to have tariff-free trade with the EU post-Brexit.

Johnson has argued that an article under the General Agreement on Tariffs and Trade (known as “GATT 24”) could be used to keep current arrangements with the EU in place (that is, no trade tariffs) until a free trade deal is negotiated with the bloc.
Fox rubbished that claim on Sunday, however, telling the BBC that if the U.K. leaves the EU without a deal (known formally as the “Withdrawal Agreement”) in place there will be no transition period.
“If we leave the European Union without a deal the EU will apply tariffs to the U.K. because you can only have exemptions, as described, if you already have a trade agreement to go to,” Fox told the BBC.

How to Find the Right Digital Marketing Agency.

Learn How to Get Positive Online Reviews.

Can Depression Increase the Risk of Dementia?.