Latest News
Home Business People who use dating apps such as Tinder are more likely to have eating disorders, Harvard study shows 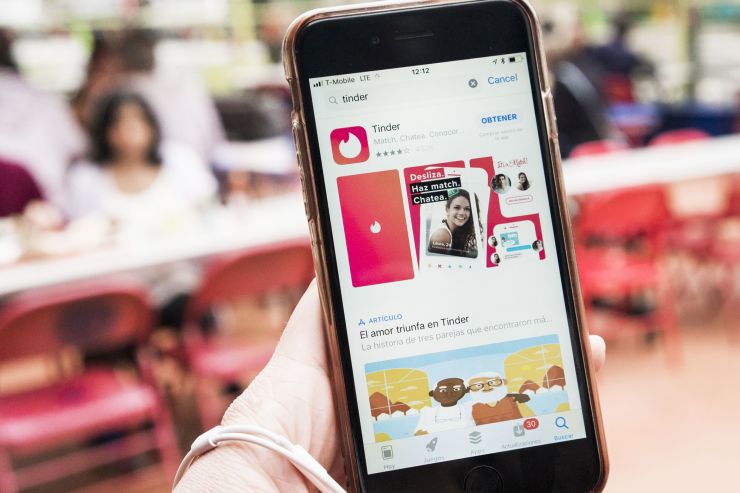 People who use dating apps such as Tinder are more likely to have eating disorders, Harvard study shows

People who use dating apps are more likely to have eating disorders, abuse laxatives or use other unhealthy weight management practices than people who don’t date online, Harvard researchers found in a new study published Friday in the Journal of Eating Disorders.

The study, which surveyed more than 1,700 U.S. adults between the ages of 18 and 65, found that people who use dating apps are 2.7 to 16.2 times more likely to have an eating disorder than those who don’t use them.

Women were particularly vulnerable, with those who use apps such as Tinder and Coffee Meets Bagel having 2.3 to 26.9 times higher odds of using elevated “unhealthy weight control behaviors.” That includes self-induced vomiting, fasting or using diet pills and laxatives, which are all symptoms of eating disorders.

Men who dated online were also at greater risk, with 3.2 to 14.6 times the odds of using unhealthy weight management practices, including using steroids, researchers from Harvard’s Chan School of Public Health found.

“Individual dating app users are continuously engaging in a cycle in which they are evaluating profile pictures and brief descriptions of others, yet are being subject to scrutiny themselves,” wrote study author Dr. Alvin Tran, a postdoctoral associate at the Yale School of Medicine.

Although online dating helps some people socialize, the technology can also serve as an avenue “for discrimination, avenues for racism and avenues for body shaming,” he said in an interview.

Sometimes unrealistic portrayals of beauty in media can lead to body dissatisfaction, which can result in unhealthy eating behaviors, the study said. Tran wrote that generally men seek to be lean and muscular, while women want to be thin.

The survey asked the adults if they engaged in six unhealthy weight management behaviors — including vomiting, fasting and use of laxatives, diet pills, muscle building supplements and anabolic steroids — within the past year and if they used dating apps within the past 30 days. The study was conducted from October 2017 to December 2017.

Bumble spokeswoman Emily Wright and Tinder spokesman Evan Bonnstetter declined to comment for this article. Match and Coffee Meets Bagel did not respond to requests for comment.

But as the popularity of these apps grows, so does speculation that they could negatively affect a person’s relationship with their body image. Another 2017 study found that Tinder users were significantly less satisfied with their faces and bodies and reported higher levels of body shame than those who did not use the app.

Minority groups who use the apps were at an even higher risk than whites. Asian-Americans, African-Americans and Hispanics had “significantly higher” odds of using unhealthy weight management behaviors than white people who date online, according to the study.

Though eating disorders were more common in adults who use dating apps, Tran cautioned that his study does not imply that there is a cause-and-effect relationship between online dating and unhealthy weight management.

“While we do not know if the people in our study were already engaging in these weight control behaviors before using dating apps, we worry that the use of these image and appearance-focused services could exacerbate those behaviors,” Tran said, adding that there’s a need to further understand how dating apps influence health behaviors.

Tran noted that some apps seem aware of body shaming and discrimination on their platforms and are looking to address the issue. LGBTQ dating app Grindr recently unveiled Kindr Grindr, an initiative to end sexual racism, transphobia and fat shaming through strict enforcement policies and updated community guidelines.

Tran said there’s still work to be done to address bullying on dating platforms, however.

Where You Can Find Ebooks To Read And Buy.

3 Reasons to Opt with TOP for Online Reputation Management Solutions.

4 Reasons TOP is The Best Option For Online Reputation Repair.