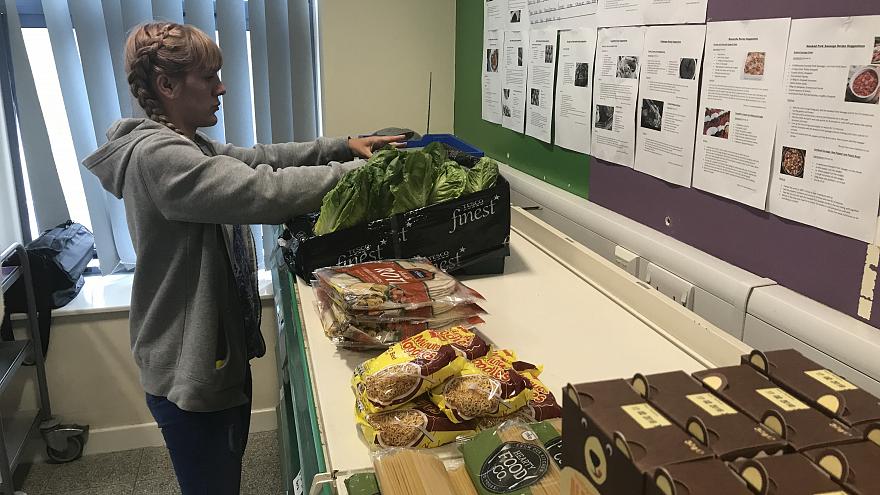 Tens of thousands of poor families in the United Kingdom do not have enough to eat due to government cuts, Human Rights Watch said in a damning report released on Monday.

The human rights organisation said the UK government was in “clear breach” of its duty to ensure food access.

The UK’s largest food bank charity, the Trussell Trust, for instance, documented a 5,146% increase in emergency food shipments delivered between 2008 and 2018.

“I skip meals, so my daughter can eat, and coming to a food pantry … means we can both eat,” said Sarah Nor, a 23-year-old woman with a 4-year-old daughter who the human rights organisation interviewed in Hull.

“When I skip meals, I get easily tired and don’t have energy, but you get used to it. I’d rather that she have something to eat than me,” Nor added.

Emma Middleton, a welfare adviser interviewed by the NGO, said she sees a constant stream of food poverty.

“Benefits haven’t kept up with the inflation, and you can’t survive on welfare… the safety nets to which we used to direct them, which they may not have known about, aren’t there anymore,” Middleton said.

By transitioning multiple social security benefits and merging them into one credit — the Universal Credit — the government delayed welfare payments to recipients and created a punitive system for receiving benefits.

“This rise in hunger has the UK government’s fingerprints all over it,” Raj said.

The organisation said it was a hunger crisis, saying the UK ignored the evidence that poor families’ standard of living has deteriorated.

A government spokesperson for the UK Department for Work and Pensions said in a statement to Euronews that they are “helping parents to move into work to give families the best opportunity to move out of poverty.”

“We spend £95 billion a year on working-age benefits and we’re supporting over one million of the country’s most disadvantaged children through free school meals. Meanwhile we’ve confirmed that the benefit freeze will end next year,” a government spokesperson said.

As part of the report, the organisation interviewed school officials who said that more children were arriving “hungry and unable to concentrate.”

Joanne, a single parent of 4 children, saw her benefits change as a result of the benefit cap. She said she had visited a food bank six or seven times over three years.

“As a parent, you really feel like you’ve let your kids down, especially in the holidays. I’ll have to gather my pennies together for a loaf of bread and 50p of butter, so they have some toast,” she said.

As part of a group meeting with seven young mothers, four people said, “they were afraid that if they admitted going hungry and openly asked for food aid they could be considered unable to support their children and might lose custody,” according to the report.

It’s not the first report to condemn the UK’s welfare policies.

In a November 2018 statement, the UN Special Rapporteur on extreme poverty and human rights Philip Alston said there was an “immense growth in food banks and the queues waiting outside them.”

Alston said the changes to the welfare program in the name of austerity had “cost the country far more than their proponents will admit.”

Alston will release a full report of his investigation into poverty in the UK on Wednesday.